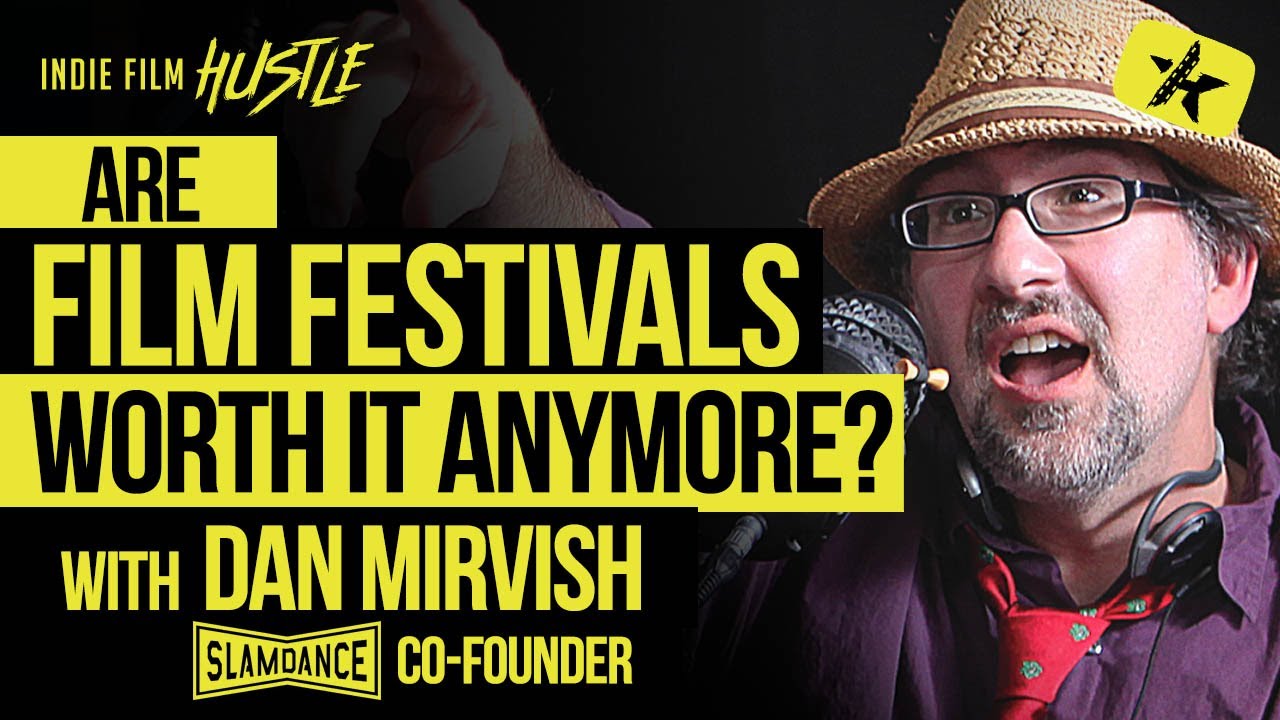 Want to take a FREE Filmmaking or Screenwriting Course by Hollywood Pros?
👉 https://indiefilmhustle.com/free

Dan Mirvish is a director, screenwriter, producer and author. His new feature, 18½, a 70s Watergate thriller/dark comedy is already an award-winner on the festival circuit and will be coming out commercially Summer 2022. The film stars Willa Fitzgerald, John Magaro, Vondie Curtis Hall, Catherine Curtin, Richard Kind, Sullivan Jones and the voices of Ted Raimi, Jon Cryer and Bruce Campbell as Nixon.

Prior to that, Dan directed the award-winning, critically-acclaimed feature Bernard and Huey, scripted by Oscar/Pulitzer-winner Jules Feiffer, and starring Oscar-winner Jim Rash and David Koechner which screened in over 30 film festivals on 5 continents, had a nationwide US theatrical release, and sold to over 49 countries. Dan is the author of the bestselling non-fiction book The Cheerful Subversive’s Guide to Independent Filmmaking: From Preproduction to Festivals and Distribution from Focal Press/Routledge.

The fully updated, post-pandemic 2nd Edition starting selling on July 6, 2021 and hit #1 on Amazon’s New Releases chart. His film Between Us, an award-winning feature starring Julia Stiles and Taye Diggs, played in 23 festivals in 7 countries, and got a 50+ city theatrical release in the US, and sold to 144 countries, plus screening on Netflix, Showtime, Starz and all digital outlets.

Dan was mentored by Robert Altman on his first film, Omaha (the movie), which led him to co-found the upstart Slamdance Film Festival. His film Open House prompted the Academy Awards to controversially rewrite their rules on the Best Original Musical category. Mirvish also co-wrote his bestselling, critically-acclaimed novel I Am Martin Eisenstadt based on the fake McCain advisor who took credit for Sarah Palin not knowing Africa was a continent.

A former speechwriter for U.S. Sen. Tom Harkin, Dan has a master’s degree from USC film school, is a member of the Directors Guild of America, has guest lectured at more than 45 film schools and universities and was named as one of Variety’s Top 50 Creatives to Watch.

Buy Rise of the Filmtrepreneur: How to Turn Your Indie Film Into a Moneymaking Business
👉 http://www.filmbizbook.com

Need more filmmaking inspiration? Check out my book Shooting for the Mob (Based on the Incredible True Filmmaking Story) https://amzn.to/2T23HK3