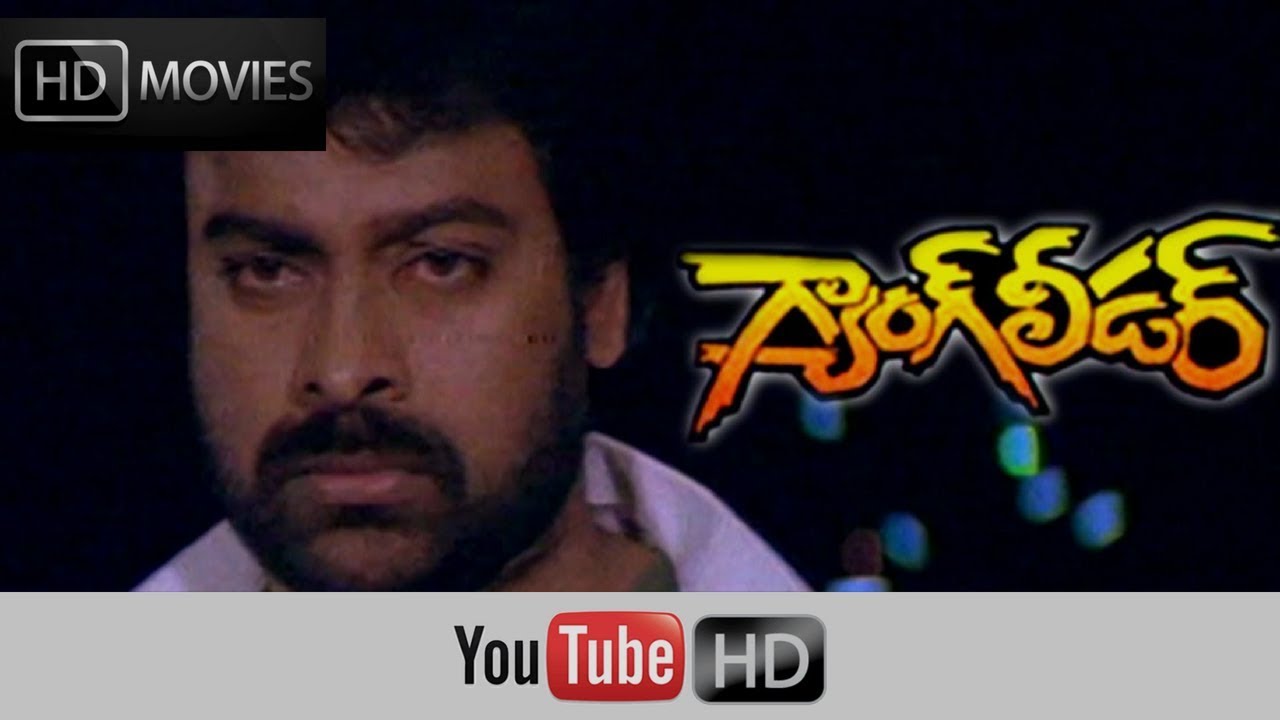 Watch Gang Leader Telugu Full Movie. In Gang Leader Movie Raghupathi (Murali Mohan), Raghava (Sarath Kumar) and Rajaram (Chiranjeevi) are brothers. Raghupathi is the only bread winner of the family. Raghava is preparing for Civil Services Examination and Rajaram is unemployed. Rajaram and his four friends are a gang and are searching for jobs daily. They roam in the city till mid-night. Rajaram comes home at mid-night and sleeps till afternoon, his grand mother (Nirmalamma) scolds him for his irresponsibility and carelessness. One day Rajaram makes Kanya Kumari (Vijayashanti) to leave the house as she is not paying the rent to the house, Subsequently she changed her place to Rajaram’s house. At one situation Rajaram goes to jail for money, because his brother requires money as he wants to go to Delhi for IAS preparation. Ekambaram (Raogopal Rao) kills Raghupathi (Murali Mohan) while his brother (Raja Ram) is in jail, but Rajarams` friends know how he died. Rajaram thinks his brother’s death was an accident.

Raghava becomes an IAS officer, and marries Sumalatha but she hates his family members. Kanya Kumari loves Rajaram and his family members. Meanwhile Rajaram comes to know about his brother’s death and inquires who was responsible for his death. Even his friends were also murdered by Ekambaram at that time. The film ends with Rajaram taking revenge by killing the villains.