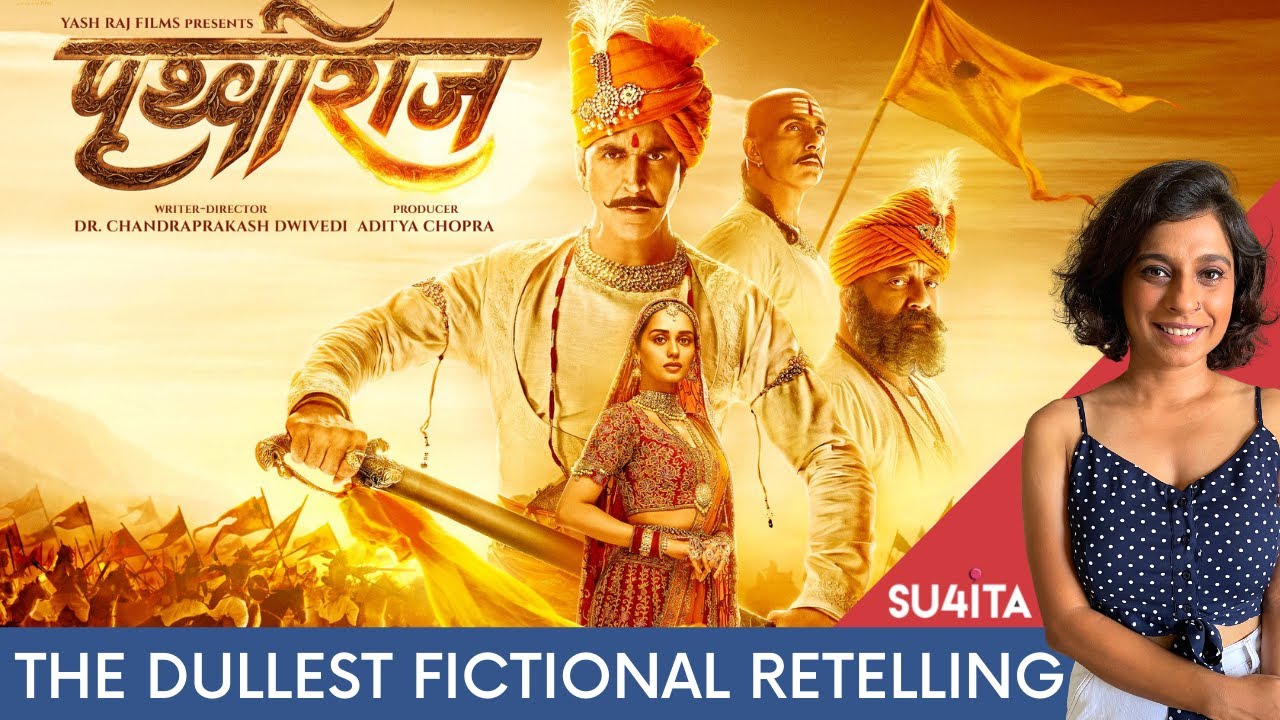 Samrat Prithviraj movie review by Sucharita Tyagi. Perceptible green screen, CGI faces onto body doubles riding horses, less than exciting plotlines, predictable good Muslim vs bad Muslim subplots, Prem Ratan Dhan Paayo-style song sequences, ensure Samrat Prithviraj the movie is not as thrilling as it would have liked to be. You can watch it in theatres.

Samrat Prithviraj: Directed by Chandra Prakash Dwivedi. With Akshay Kumar, Manushi Chhillar, Sanjay Dutt, and Sonu Sood. A fearless warrior. An epic love story. When telling the fictionalized account of a historical figure’s life, is it okay to focus just on their wins in battle, because the subject is a king? Samrat Prithviraj is written like a Ram like maryada purshottam fellow, who also is a feminist, animal lover, a just ruler, great warrior, never has conflicting thoughts. The person in his alone moments, away from people, in his bedroom, is still absolute perfection, no vulnerability in sight. When the proceedings focus on the titular character, the film is very dull, because I don’t know anything deeper about this man than what the first glance is obviously telling. Id rather watch another sequence with Sanjay Dutt participating in old-timey locker-room talk, or Sanyogita appealing to her mother to her be a human with actual agency, than another monologue about dharm and virtue. Bajirao Mastani, Jodha Akbar, The Favorite, The Crown, all stories of monarchs and rulers were first about the people, then their conquests, which I suppose is an important distinction if what you want from your audience is a better understanding of historical figures and context rather than history as the victors chose to write it.