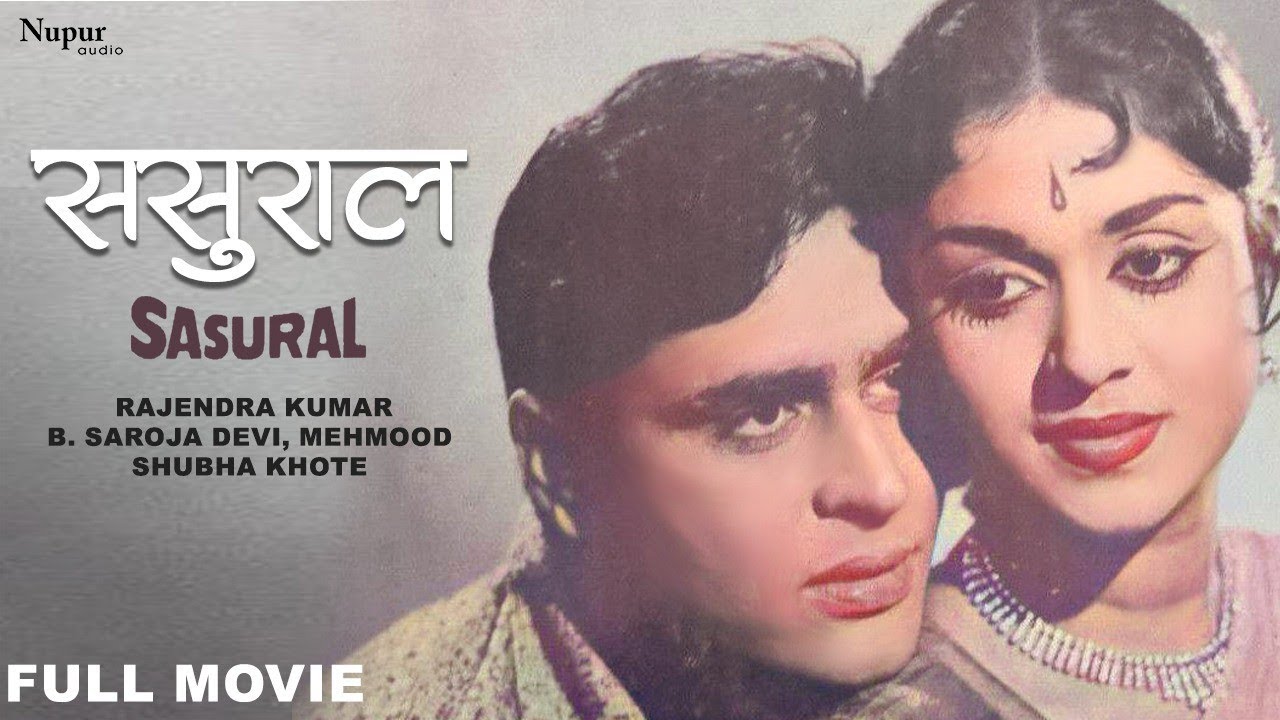 Sasural is a 1961 Indian Hindi-language film produced by L. V. Prasad and directed by T. Prakash Rao. The film stars Rajendra Kumar, B. Saroja Devi, Mehmood and Lalita Pawar. The music is by Shankar–Jaikishan and songs were penned by Hasrat Jaipuri, Shailendra.

Plot:
Shekhar lives a poor lifestyle along with his maternal uncle Dharamdas, his aunt, cousin Sita – who is separated from her husband, Mahesh; and also has a sister Gauri, who had eloped with her lover and who everyone believes is dead. He studies in college along with wealthy fellow collegian, Bela. The two do not get along, but that changes when Bela’s dad, Thakur, comes to know about Shekhar’s good character and thinks that he will be a suitable son-in-law. He approaches Dharamdas and arranges their marriage on the condition that Shekhar will become ghar jamai, to which Dharamdas and Shekhar agree. Bela’s mom is however displeased, as she would like her daughter to marry Rajan Murari, the son of their employee, Govindram. Despite this, the marriage does take place and Shekhar moves in with his in-laws, is employed by Thakur, and the family settles down to a fairly harmonious relationship. Their idyllic lifestyle is shattered when Bela suspects, and then discovers evidence, that Sita and Mahesh, who are now reunited, have stolen her diamond necklace; that Shekhar is having an affair with a dancing girl; that he has embezzled Rs.10,000/- and had gone to an undisclosed location for 3 days. Things get even worse when Thakur meets with an accident, and subsequently passes away – paving the way for his wife to arrange her daughter’s divorce and Shekhar’s death.