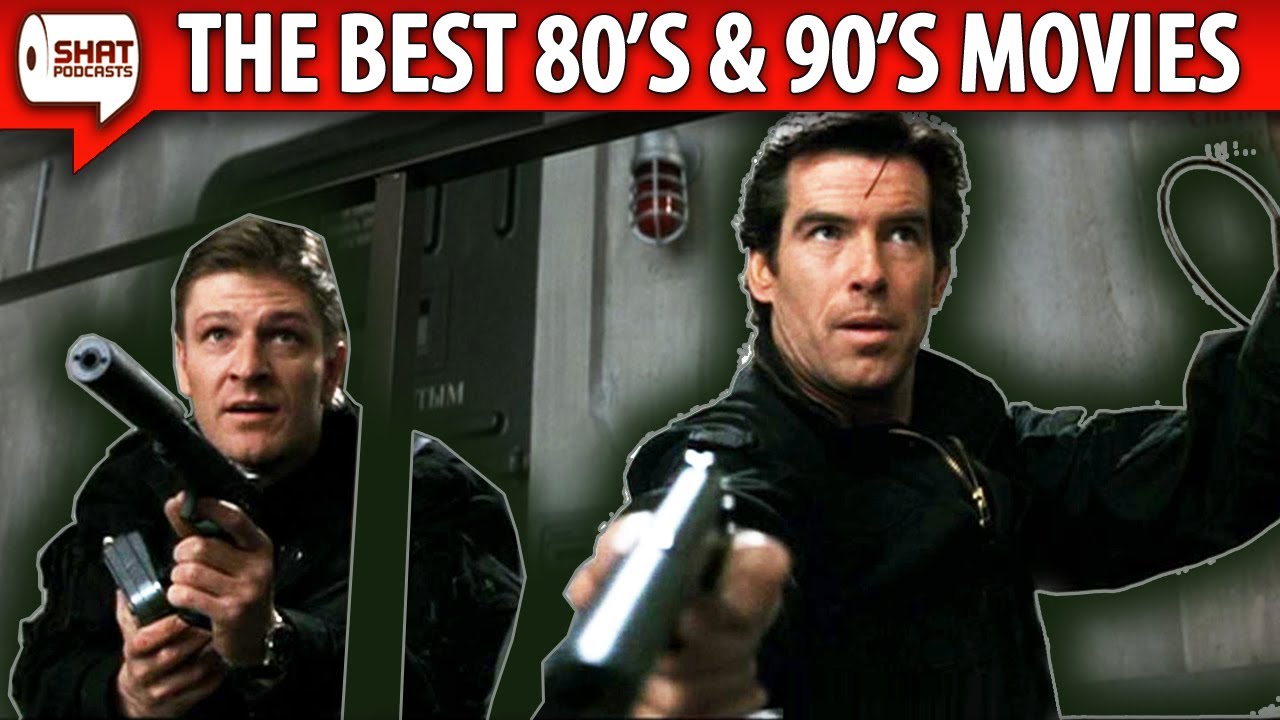 Goldeneye Quote: “You know, this sort of behavior could qualify as sexual harassment.” – Miss Moneypenny

“Goldeneye” gave us a new James Bond in Pierce Brosnan and a type of villain with Alan Cumming’s Boris The Hacker. But the 1995 blockbuster missed a Golden opportunity to reinvent a franchise that was long overdue for some growing up.

Sure, there were highlights: a sadistically sexy Famke Janssen as Xenia Onatopp, another Sean Bean death and a cameo by Minnie Driver. However, the improbable stunts, goofy gadgets, sexism, misogyny were too much for this movie to overcome.

At least there was the video game. Man, that was a fun game.

“Goldeneye” When a powerful satellite system falls into the hands of Alec Trevelyan, AKA Agent 006 (Sean Bean), a former ally-turned-enemy, only James Bond (Pierce Brosnan) can save the world from an awesome space weapon that — in one short pulse — could destroy the earth! As Bond squares off against his former compatriot, he also battles Trevelyan’s stunning ally, Xenia Onatopp (Famke Janssen), an assassin who uses pleasure as her ultimate weapon. 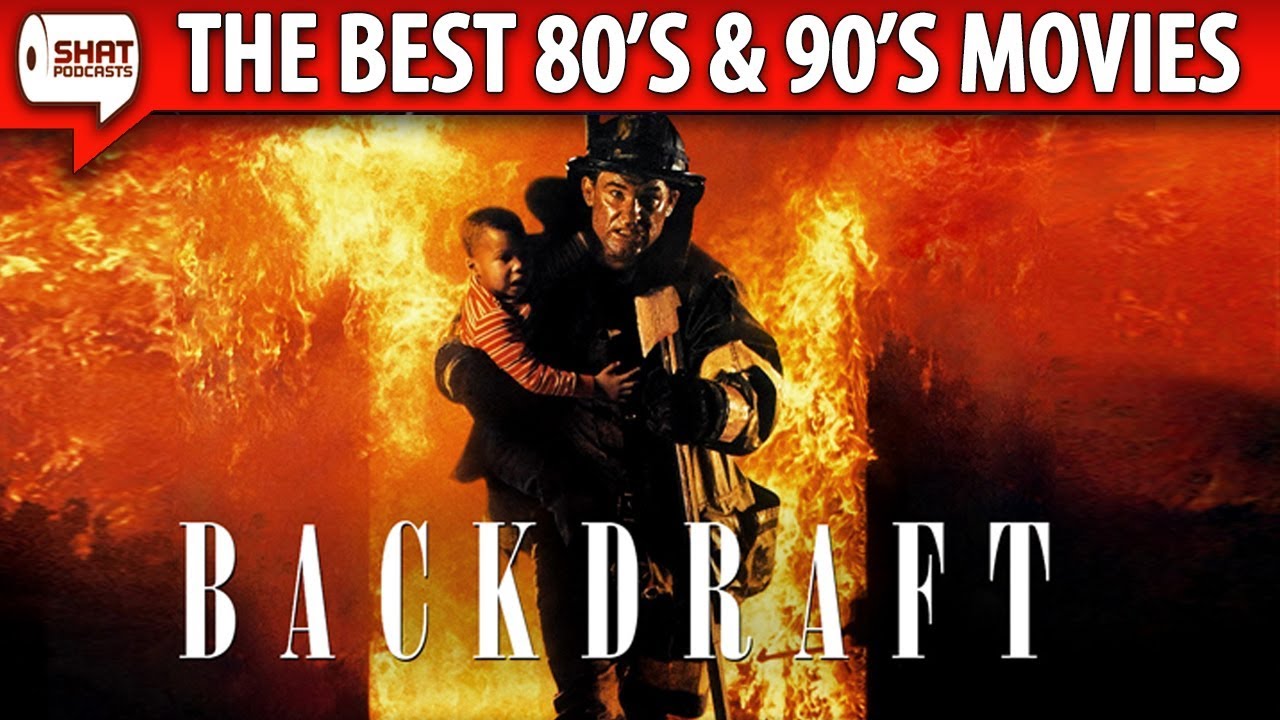 Backdraft taught us to yell at fires, run into burning buildings, cool off our hot bods by firehose, and never, ever let our estranged sons help us make breakfast. And who knew you could make millions converting firehouses into community centers? There’s a lot of wisdom in this 1991 Ron Howard cheesefest, but very little of it has to do with fire.

Big D examines when it’s OK to knock boots with your ex-wife. Gene cautions against lit cigarettes at arson investigations, and Roger gives a lesson on commercial real estate economics. Plus we hear from the surprising number of brave Shat The Movies listeners who fight fires for a living.

“Backdraft” Chicago firefighting brothers Stephen (Kurt Russell) and Brian (William Baldwin) have been rivals since childhood. Brian, struggling to prove himself, transfers to the arson unit. There he aids Don (Robert De Niro) in his investigation into a spate of fires involving oxygen-induced infernos called backdrafts. But when a conspiracy implicating a crooked politician and an arsonist leads Brian back to Stephen, he is forced to overcome his brotherly competitiveness in order to crack the case. 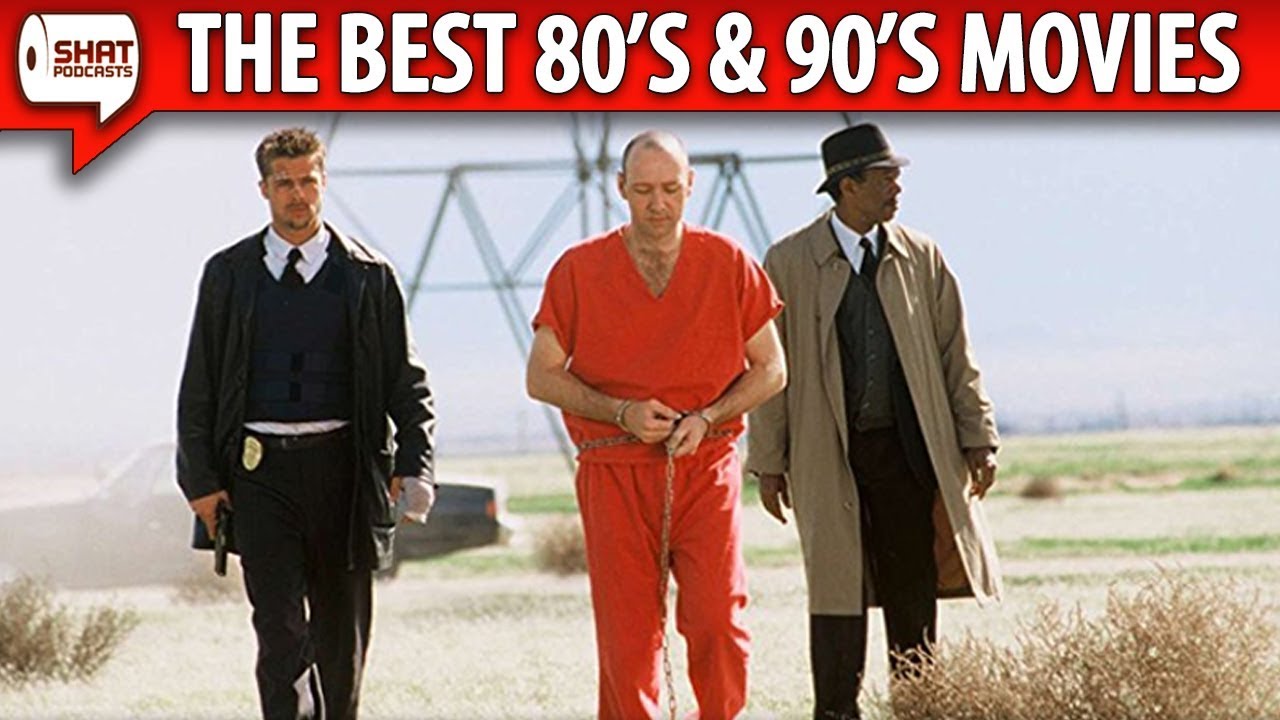 Seven Quote: “Anyone who spends a significant amount of time with me finds me disagreeable…” – William Somerset

Anybody can make a slasher flick. And talented directors can pull off thrillers. But “Seven” is a masterpiece only David Fincher could pull off. Brad Pitt, Morgan Freeman, Kevin Spacey and Gwyneth Paltrow round out a powerhouse cast that elevates the grotesque to art. This movie is dark, edgy, poetic, symbolic, and twisted. How the hell was Gene disappointed?

“Seven” When retiring police Detective William Somerset (Morgan Freeman) tackles a final case with the aid of newly transferred David Mills (Brad Pitt), they discover a number of elaborate and grizzly murders. They soon realize they are dealing with a serial killer (Kevin Spacey) who is targeting people he thinks represent one of the seven deadly sins. Somerset also befriends Mills’ wife, Tracy (Gwyneth Paltrow), who is pregnant and afraid to raise her child in the crime-riddled city. 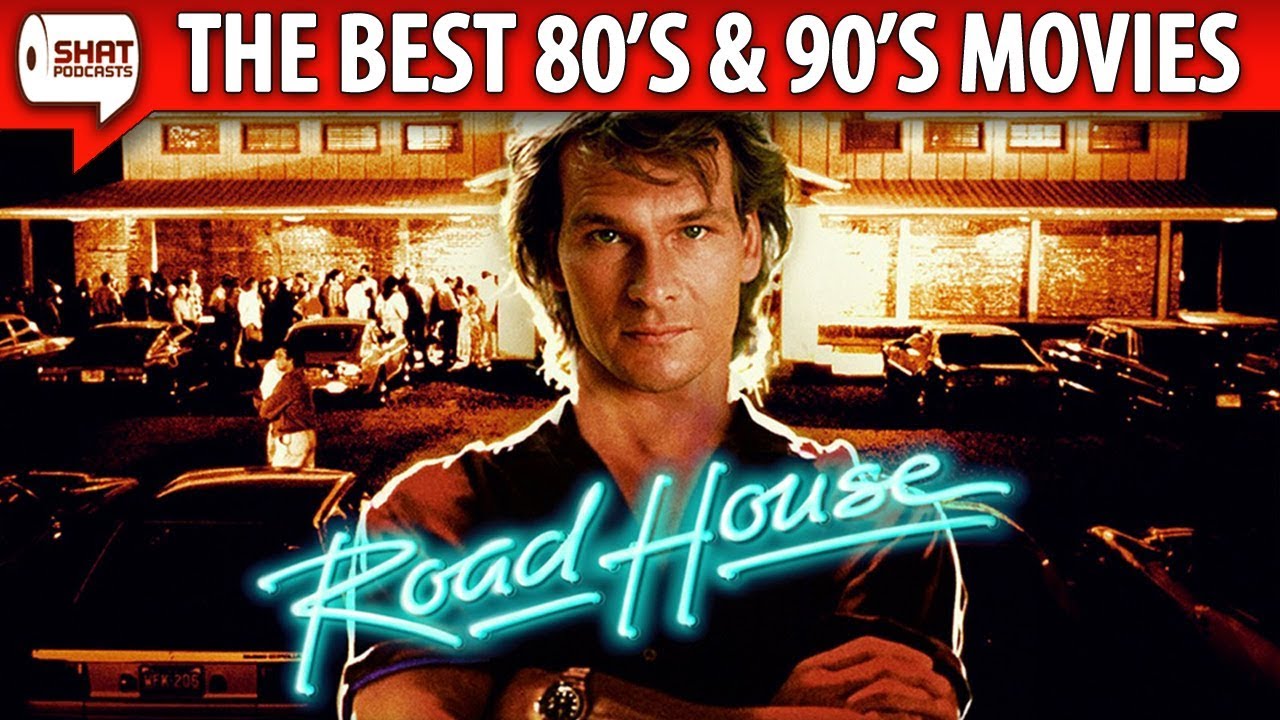 “Road House” invented the good bad movie. But was it actually any good? Patrick Swayze was charming but grossly undersized. The script was quotable but largely nonsense. And did you know Road House is two words?

Whether you relished Sam Elliot’s smooth bass and glorious mane or cringed at the ridiculousness of tearing out throats, one thing is for sure: the villains, butts, and bar fights were pure ’80s.

“Road House”The Double Deuce is the meanest, loudest and rowdiest bar south of the Mason-Dixon Line, and Dalton (Patrick Swayze) has been hired to clean it up. He might not look like much, but the Ph.D.-educated bouncer proves he’s more than capable — busting the heads of troublemakers and turning the roadhouse into a jumping hot-spot. But Dalton’s romance with the gorgeous Dr. Clay (Kelly Lynch) puts him on the bad side of cutthroat local big shot Brad Wesley (Ben Gazzara).
Help Support the Podcast 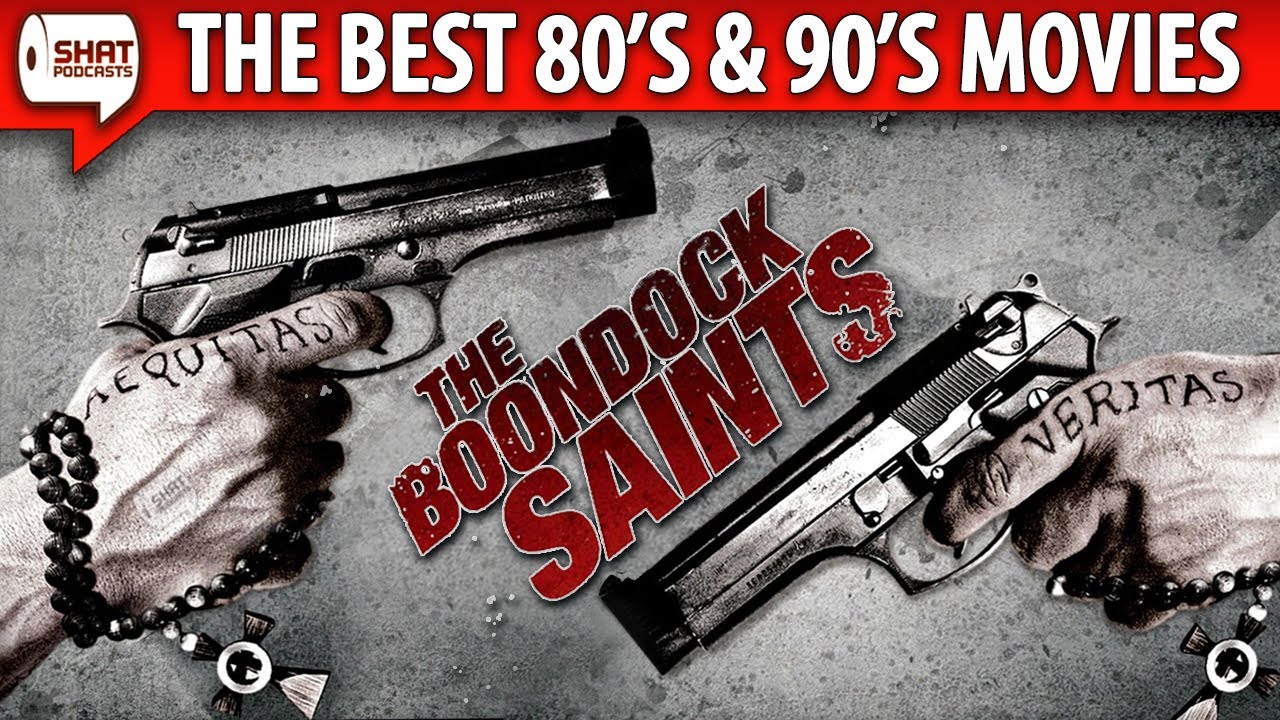 “The Boondock Saints” Tired of the crime overrunning the streets of Boston, Irish Catholic twin brothers Conner (Sean Patrick Flanery) and Murphy (Norman Reedus) are inspired by their faith to cleanse their hometown of evil with their own brand of zealous vigilante justice. As they hunt down and kill one notorious gangster after another, they become controversial folk heroes in the community. But Paul Smecker (Willem Dafoe), an eccentric FBI agent, is fast closing in on their blood-soaked trail.

“”The Boondock Saints” went from the hottest script in Hollywood to a pathetic five-theater release, to one of the biggest cult classics of the late ’90s. But does Troy Duffy’s underground hit film live up to all the hype, or was it just a weird byproduct of an edgy era?

Listener Jim L. from London wired some money across the pond to commission this shoot-em-up episode of Shat The Movies, exposing Big D to his first taste of The Saints in action.

Did you know Duffy originally wanted Mark Wahlberg, Kenneth Branagh, and even Robert De Niro in this movie? Gene did. Did you know there’s some lovely side dick? Rog did. Did you know “The Boondock Saints” paved the way for “John Wick” to be made? It’s not a fact, but Gene’s pretty sure of it.

Also explore whether “The Boondock Saints” is loosely based on Kevin Smith’s “Dogma,” what constitutes telegraphing homosexuality, and Duffy’s surprisingly artistic use of slow motion.”

The Boondock Saints Quote: “Do you know what we need, man? Some rope.” – Connor MacManus 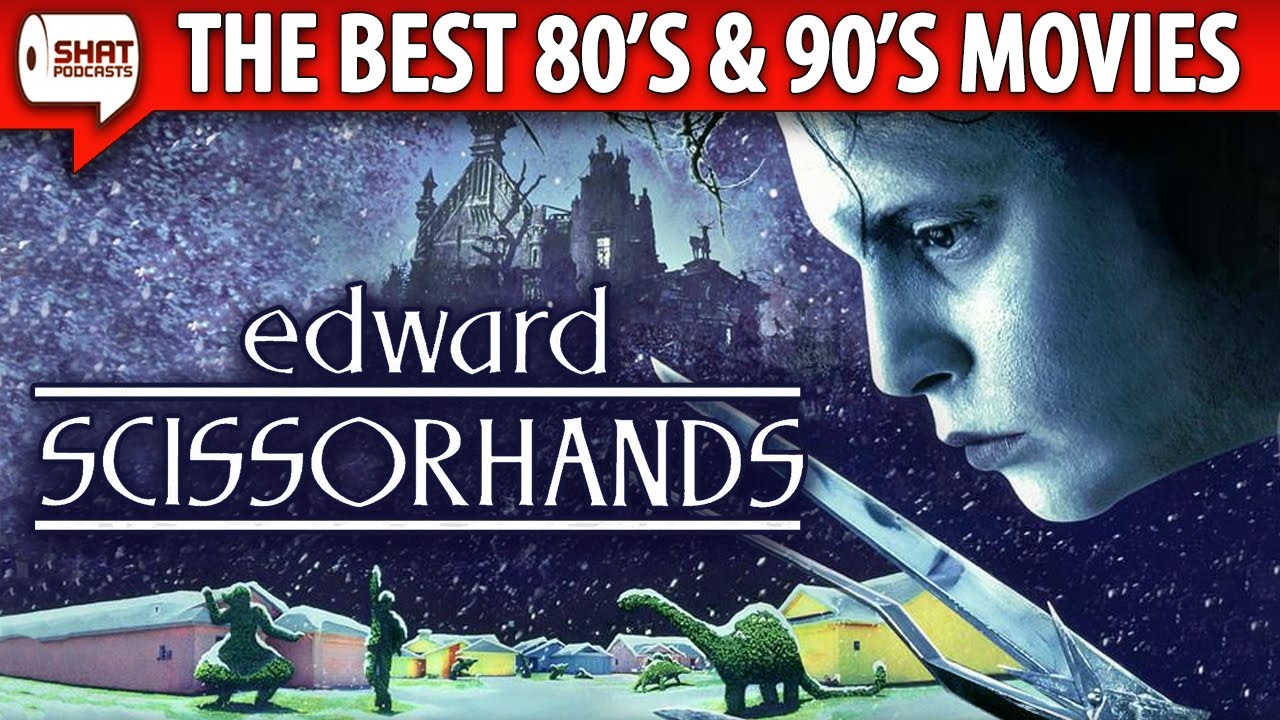 “Edward Scissorhands” A scientist (Vincent Price) builds an animated human being — the gentle Edward (Johnny Depp). The scientist dies before he can finish assembling Edward, though, leaving the young man with a freakish appearance accentuated by the scissor blades he has instead of hands. Loving suburban saleswoman Peg (Dianne Wiest) discovers Edward and takes him home, where he falls for Peg’s teen daughter (Winona Ryder). However, despite his kindness and artistic talent, Edward’s hands make him an outcast.

Edward Scissorhands Quote: “It’s not heaven he’s from! It’s straight from the stinking flames of hell! The power of Satan is in him, I can feel it. Can’t you? Have you poor sheep strayed so far from the path?” – Esmeralda

Many people forget “Edward Scissorhands” is a Christmas movie. Well, at least it’s a movie with Christmas in it. Or is it simply snow? Actually, it’s just shave ice. But whatever, it’s Christmastime in Shatland, and we’re doing the damn thing.

Tim Burton’s career has been long and flirted with Christmas several times, but few of his movies came close to achieving the magic he bottled up with “Edward Scissorhands.”

It made us laugh with the waterbed scene, cry with the sculpture scene, and marvel at a cast that included Winona Ryder with a heart of gold, Alan Arkin as a loving dad, Dianne Wiest as an angel on earth, Vincent Price in his final role, Anthony Michael Hall as a bully, and of course Johnny Depp.

Gene Lyons and Kerri Gross naturally gushed over this movie, but “Edward Scissorhands” lost a few point with Big D, who loved it as a kid. Where some saw an inventive near-silent performance from Depp, Big D saw an easy acting job. Where some saw Tim Burton at the top of his game, Big D saw the adolescent angst of a suburban guy pandering to counter-culture.

Also on this edition of “Shat The Movies”:

Was the finale a perfectly dark fairy tale ending or a silly wrap-up with no lessons learned?
What’s more important: etiquette or hand-marking
and Big D’s Parable of The Mountain Lion. 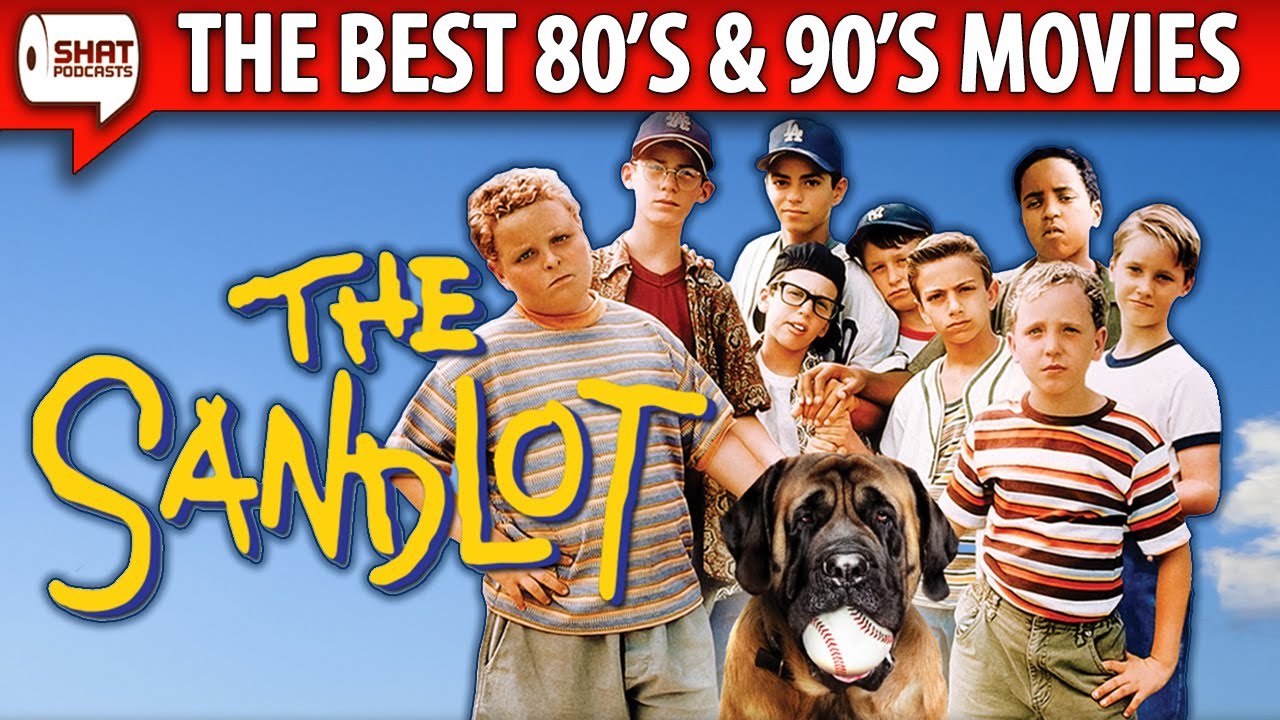 “The Sandlot ” When Scottie Smalls (Thomas Guiry) moves to a new neighborhood, he manages to make friends with a group of kids who play baseball at the sandlot. Together they go on a series of funny and touching adventures. The boys run into trouble when Smalls borrows a ball from his stepdad that gets hit over a fence.

Shat The Movies listener Valorie commissioned “The Sandlot” thinking she would get a podcast about the 1993 coming-of-age baseball classic.

Instead, she got a curveball with a little mustard on it as hosts Roger Roeper and Dick Ebert retell their glorious softball history that spans from Singaporean caning to Big D’s dribblers to the plate.

This episode of Shat The Movies also covers when to call your stepdad “dad,” whether a man should have to endure his replacement touching his dog, Major League segregation, nicotine gum pranks, and who should have been cast instead of James Earl Jones. 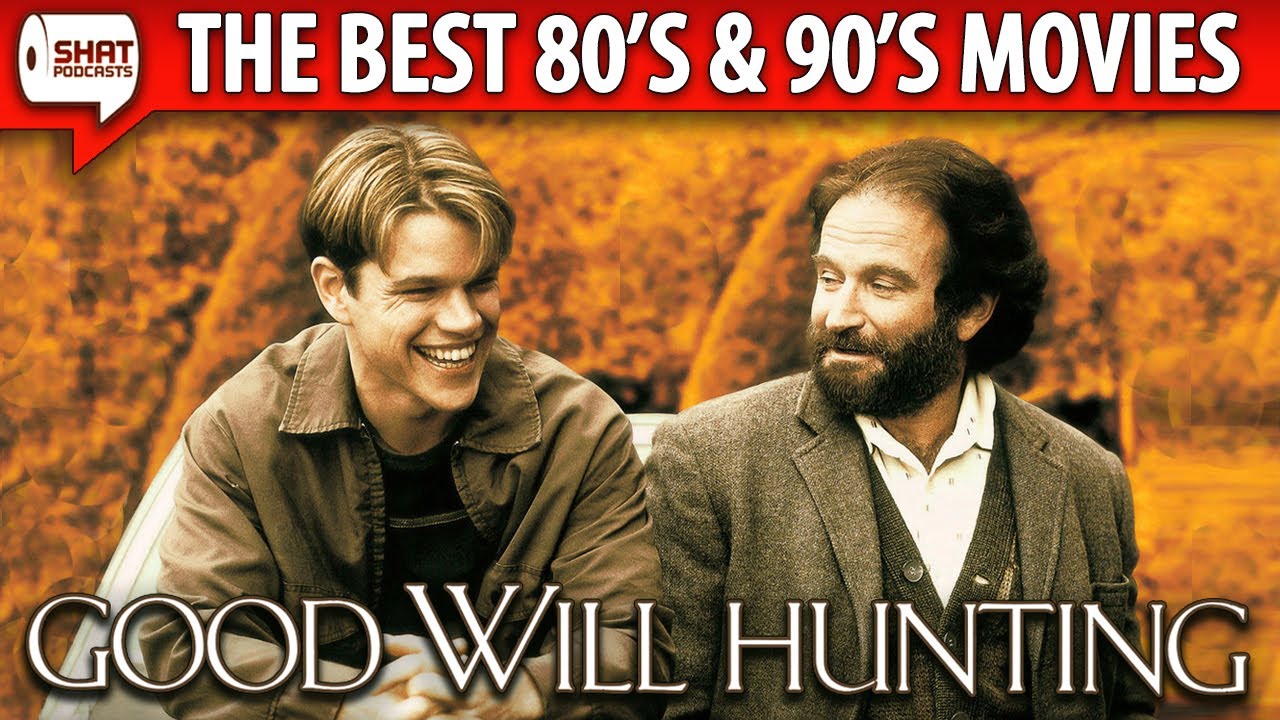 “Good Will Hunting” won the Best of Matt Damon category among Shat The Movies, and we can see why. Damon didn’t just star in the movie, he co-wrote it with Ben Affleck when the two were just a couple of fresh-faced actors.

This ode to Boston showed us Robin Williams‘ dramatic side, which we later realized was tragic foreshadowing, and it introduced us to a young Casey Affleck before his sexual harassment scandal.

To Kerri Gross, “Good Will Hunting” is a moving emotional journey. To Dick Ebert, it’s the greatest film Shat The Movies has ever reviewed. To Gene Lyons, it’s a brilliant collection of improvised scenes that he predictably wishes were darker.

Other topics covered in this episode of Shat The Movies:

Minnie Driver’s gigantic Lego head
Harvey Weinstein’s keen eye for gay scenes
Matt Damon’s idiot ex-girlfriend and her taste in metal drummers
Gene’s failure to ever love the way Kerri can
the best crying scenes in ’90s cinema
Elliot’s Smith’s crushing soundtrack
Big D’s belief in bootstraps
Kerri’s happy ending
and why Gene can’t get a job with the NSA.
Plot Summary:”Good Will Hunting” Will Hunting (Matt Damon) has a genius-level IQ but chooses to work as a janitor at MIT. When he solves a difficult graduate-level math problem, his talents are discovered by Professor Gerald Lambeau (Stellan Skarsgard), who decides to help the misguided youth reach his potential. When Will is arrested for attacking a police officer, Professor Lambeau makes a deal to get leniency for him if he will get treatment from therapist Sean Maguire (Robin Williams).