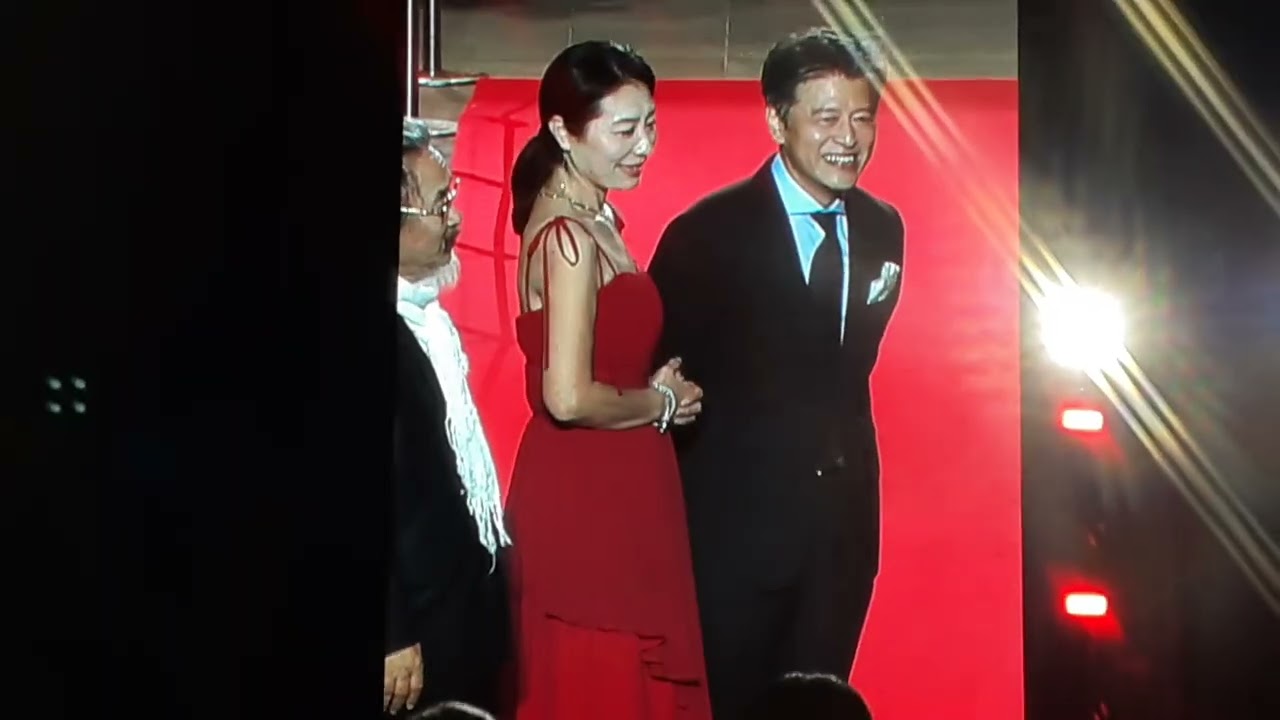 A star-studded array of actors hit the red carpet at the opening ceremony of this year’s Busan International Film Festival!

On October 5, the 27th #BusanInternationalFilmFestival (#BIFF) kicked off its 10-day run with an opening ceremony hosted by Ryu Jun Yeol and Jeon Yeo Been.

This year’s festival, which has returned to the BIFF’s pre-pandemic scale, will feature 243 films from 71 different countries.

Ahead of the opening ceremony, the MCs and many of the attendees stepped out on the red carpet to pose for photos.

BUSAN ― The 27th Busan International Film Festival (BIFF) kicked off Wednesday for a 10-day run, with thousands of actors, directors, other film industry members and fans packing the Busan Cinema Center for the opening ceremony.

After two years of scaled-down events due to the COVID-19 pandemic, this edition promises to be fully normalized for the first time in three years. A raft of stars have been confirmed to attend the festival, including actors Tony Leung Chiu-wai, Daniel Dae Kim and producer Jon Landau.

A total of 242 films from 71 countries, including 89 world premieres, will be screened at this year’s BIFF, slightly more than 223 films showcased last year.

“Tickets for the opening ceremony have been sold out. We hope the total attendance fully recovers to pre-pandemic levels, but certain audiences are still hesitant about coming to theaters. We expect seat occupancy rates to reach nearly 80 to 90 percent of levels seen in 2019,” festival director Huh Moon-yung told reporters, Wednesday.

At the opening ceremony, the festival organizer screened a memorial video about late actress Kang Soo-youn’s presence in Korea’s film history. The veteran actor, who died in May, was a co-director of BIFF from 2015 to 2017.

“Since the beginning in 1996 at several theaters in Haeundae and Nampo-dong, BIFF has grown into a valuable cultural asset of Asia, attracting attention from all over the world. I hope the success of the 27th BIFF will let the world learn more about the cultural capabilities and charm of Busan,” Park said.

Leung, who received the Asian Filmmaker of the Year award, said in his acceptance speech: “It is my great honor to receive the recognition of BIFF. Thank you for giving me the opportunity to come to Busan again and meet Korean fans in person. I wish this edition will be another successful one,” he said.

The opening film was “Scent of Wind,” an Iranian movie that highlights goodness in humanity.

It tells the story of a father and a son ― both with disabilities ― living in a remote village. One day, the power goes out and an electrician goes from town to town to replace broken components.

Director Hadi Mohaghegh, who is visiting Busan for the second time after his 2015 drama “Immortal” made its world premiere at BIFF where it won the New Currents Award, plays the protagonist in his fourth feature film.

“We have a tendency to respect people who are in our memories. When I came to Busan, it felt like coming home. Koreans remain as beautiful people in my heart, and the festival is like a spiritual feast for me,” he said during a press conference for the film held in Busan Cinema Center, Wednesday.

The Iranian filmmaker explained that the original Persian version of the title means “dried land,” where even one drop of water cannot be absorbed into the soil.

“What’s important for humans is to keep going and not be exhausted. Otherwise, they hit the barrier. I have faith in humanity. Based on my experience, people who give without expecting anything back end up receiving more and more,” he said.

Asked about the mountainous landscape beautifully captured in the film, Mohaghegh shared that he actually grew up in the village located in southwestern Iran.

“It highlights the beauty of nature, but at the same time, there is pain of nature because people who lived there had so many troubles historically,” he said.

He said he decided to play the lead role to better deliver the character’s inner feelings.

“I thought it would be difficult for a non-professional actor to play the role, because I wanted almost no dialogue or silent moments, but still want audiences to read the minds of the main characters. I thought to myself, ‘Maybe only I can play that role because I’m the one who can express the inner feelings of the character,'” he said.

Altogether, 10 films are vying for the prestigious New Currents Award, including “Ajoomma” by He Shuming, “Hail to Hell” by Lim Oh-jeong and “Shivamma” by Jaishankar Aryar.