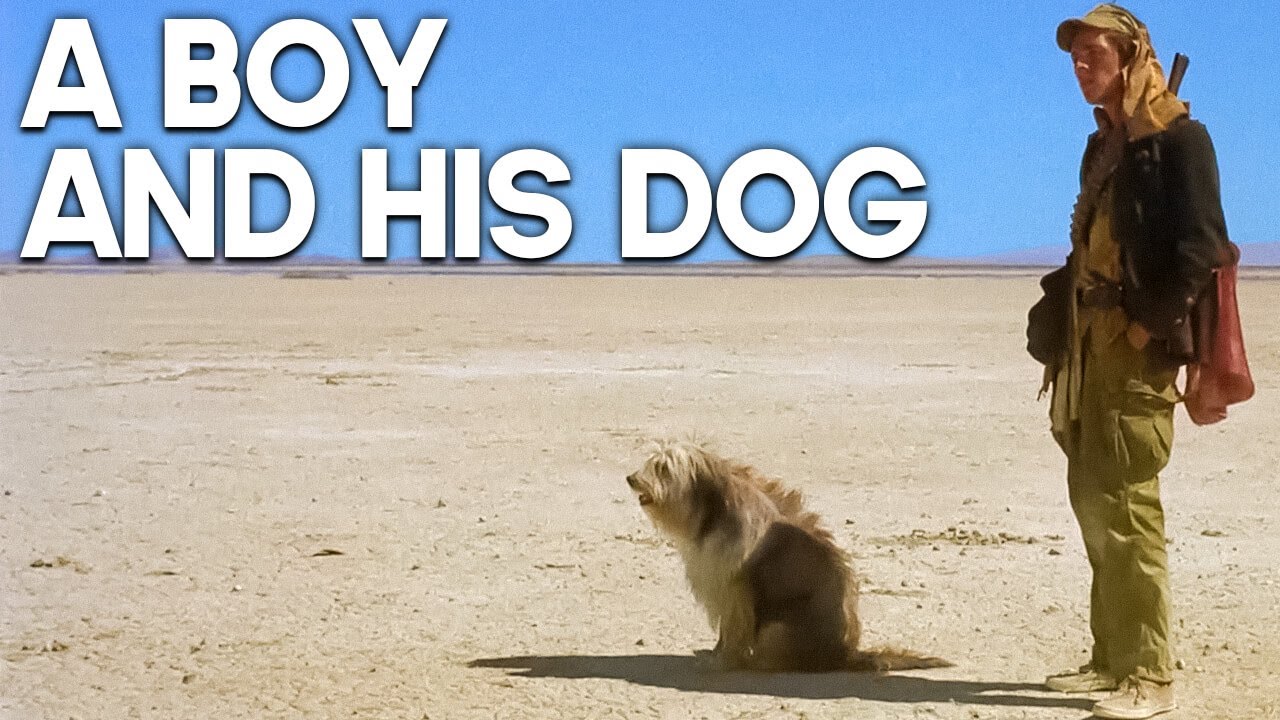 Classic Drama Movie: A Boy and His Dog – A young man and his telepathic dog wander through a post-apocalyptic wasteland.

Storyline:
A post-apocalyptic tale based on a novella by Harlan Ellison. A boy communicates telepathically with his dog as they scavenge for food and sex, and they stumble into an underground society where the old society is preserved. The daughter of one of the leaders of the community seduces and lures him below, where the citizens have become unable to reproduce because of being underground so long. They use him for impregnation purposes, and then plan to be rid of him.

Reviews:
“A frank tale about a recklessly horny boy and his calculative dog sums up this strange, very strange Sci-fi post-apocalyptic wasteland adventure yarn. It’s a unique product of the 70s, as it’s ambitious, daring and warped in its mind-set that makes this considerably low-budget effort a hypnotic cult item that nothing else would even come close to it. Based upon a novel by Harlan Ellison, the premise follows that of a young loner Vic (splendidly performed by Don Johnson) and his telepathic pooch Blood (exceptionally voiced by Tim McIntire) travelling the desert landscapes caused by the after-effects of WWIV in the search of food, shelter and women.

What goes on to make this film is the biting conversations and budding rapport and dependable friendship between Vic and Blood. It ranged from hysterical to moving, and surprisingly done in a believable manner. The satirical edge to the script is innovatively penned and to the point with its drama, frictions and kinky fixations. Sometimes quite unpleasant in the details where a quirky side is etched and the humour is engraved with a morbid sense of curiosity. While slow-grinding, the pace breezes by and the impulsively random nature helps a lot with a shock ending (twisted but still quite touching though) that comes from nowhere. Director LQ Jones’ economical touch makes the most of it limited resources and manages to get plenty out of it despite the minor feel. His use of the camera provocatively achieved and the humming electronic score and playful acoustic cues cement an atmosphere and grow upon the imagination. Mainly consisting in the underground scenes, than on the openly isolated and dusty desert backdrop.

The support cast are picture-perfect in their roles. Susanne Benton shines and likes of Jason Robards, Charles McGraw and Alvy Moore were good fun.

I liked it even more the second time around.” -Written by lost-in-limbo on IMDb.com