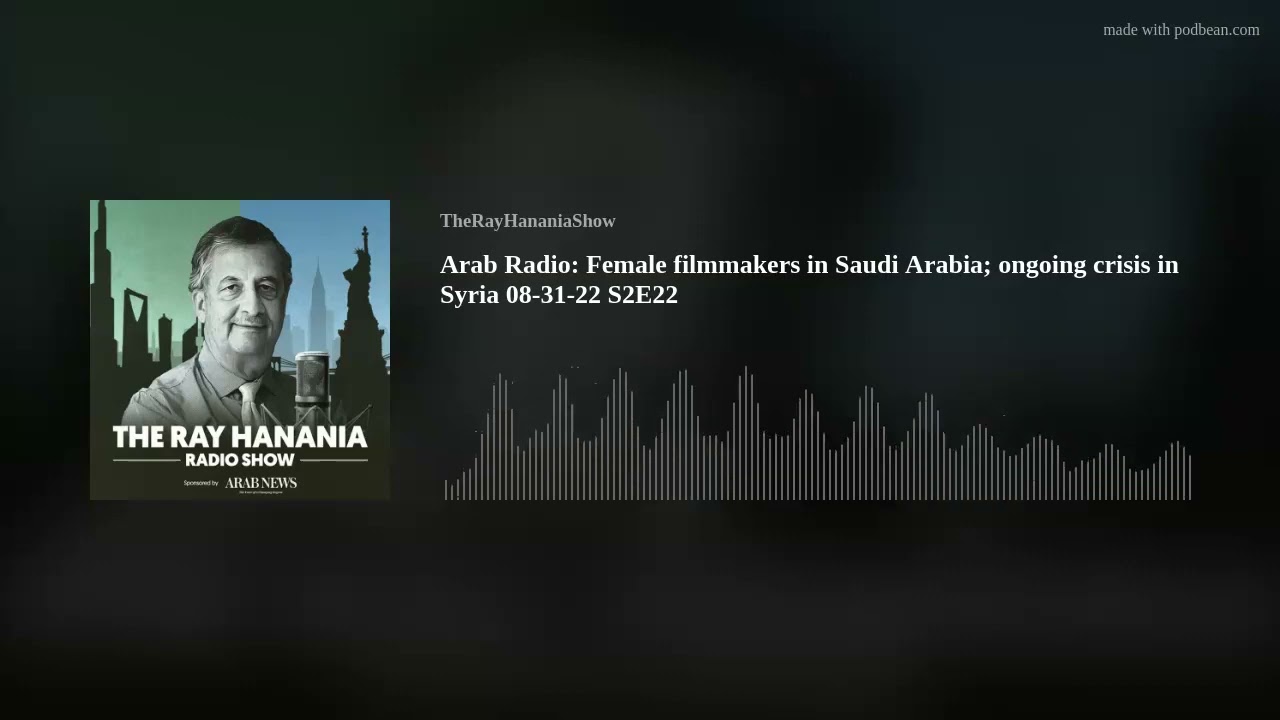 A look at female filmmakers in Saudi Arabia, and the ongoing crisis in Syria 08-31-22, S2, E22
Wednesday August 31, 2022 and I am your host, Ray Hanania
We’re broadcasting live in Detroit, Washington DC, and rebroadcasting tomorrow, Thursday in Chicago at 12 noon on WNWI AM 1080 radio ….
Today we are going to focus on two issues,
In Segment 1: Rawan Radwan, Arab News editor and writer on the growing Film Industry in Saudi Arabia …
https://www.arabnews.com/node/2149611/middle-east
and guest filmmaker Danya Alhamrani CCO of Eggdancer Productions an independent Film and Television Production Company based in Jeddah, Saudi Arabia established in 2006.
Danya works with Dania Nassief two dynamic filmmaking professional Saudi women who head the company. Collectively they have spent over 10 years in the media industry, and gained experience in the different areas of television, documentary and corporate production.

Segment 2: Charles Lister is a senior fellow and the Director of the Syria and Countering Terrorism and Extremism programs at the Middle East Institute.
Prior to joining MEI, Lister was a Visiting Fellow at the Brookings Institution in Qatar and a Senior Consultant to the multinationally-backed Syria Track II Dialogue Initiative, in which he managed nearly three years of intensive face-to-face engagement with the leaderships of over 100 Syrian armed opposition groups.
The Ray Hanania Show is broadcast live every Wednesday at 5 PM Eastern EST on the US Arab Radio Network sponsored by Arab News on live radio at:
WNZK AM 690 Radio in Greater Detroit including parts of Ohio
WDMV AM 700 in Washington DC including parts of Virginia and Maryland
And, we rebroadcast on Thursday 7 AM in Detroit on WNZK AM 690 and in Chicago at 12 noon on WNWI AM 1080.
You can also listen to our radio show live online at ArabRadio.US
And watch the radio show live at Facebook.com/ArabNews