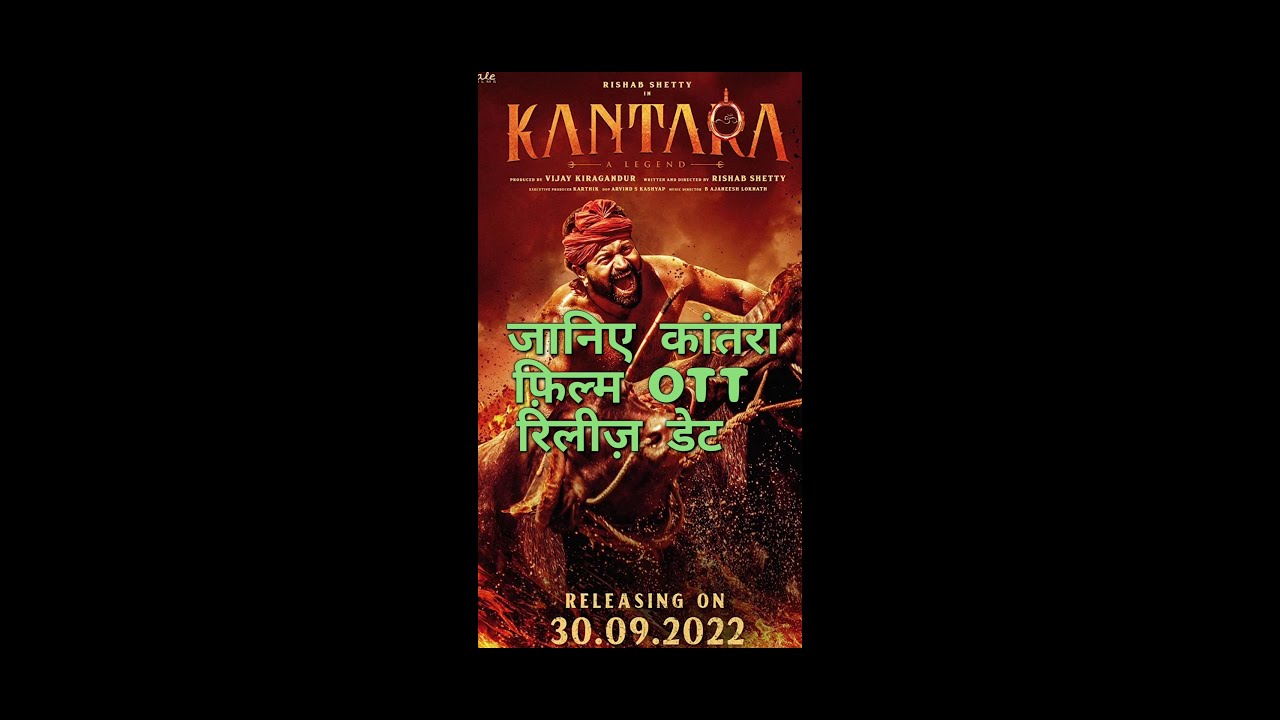 Know Kantara ott release date
Rishabh Shetty’s Kantara was released in Kannada on 30 September. This film, made on the traditional theme, took the theaters by storm. The popularity of this film became such that the makers had to decide to bring it in other languages ​​including Hindi. Kantara is releasing in Hindi on 14th October and its Hindi trailer is also getting tremendous response. Now the news of Kantara’s release on OTT has also come.

Rishabh Shetty is the writer-director of the film. The film has been produced by Hombal, which produces KGF, the film is now set to release in Malayalam, Tamil, Hindi and Telugu. But in the meantime, it is being said that the Kannada version of the film can be released on OTT on November 4. It is being told that this Kannada film will be released on OTT platform Amazon Prime Video. In this way, fans will soon get to see this film on OTT.

😁😍Thank You For Reading Meri jaan😍😁