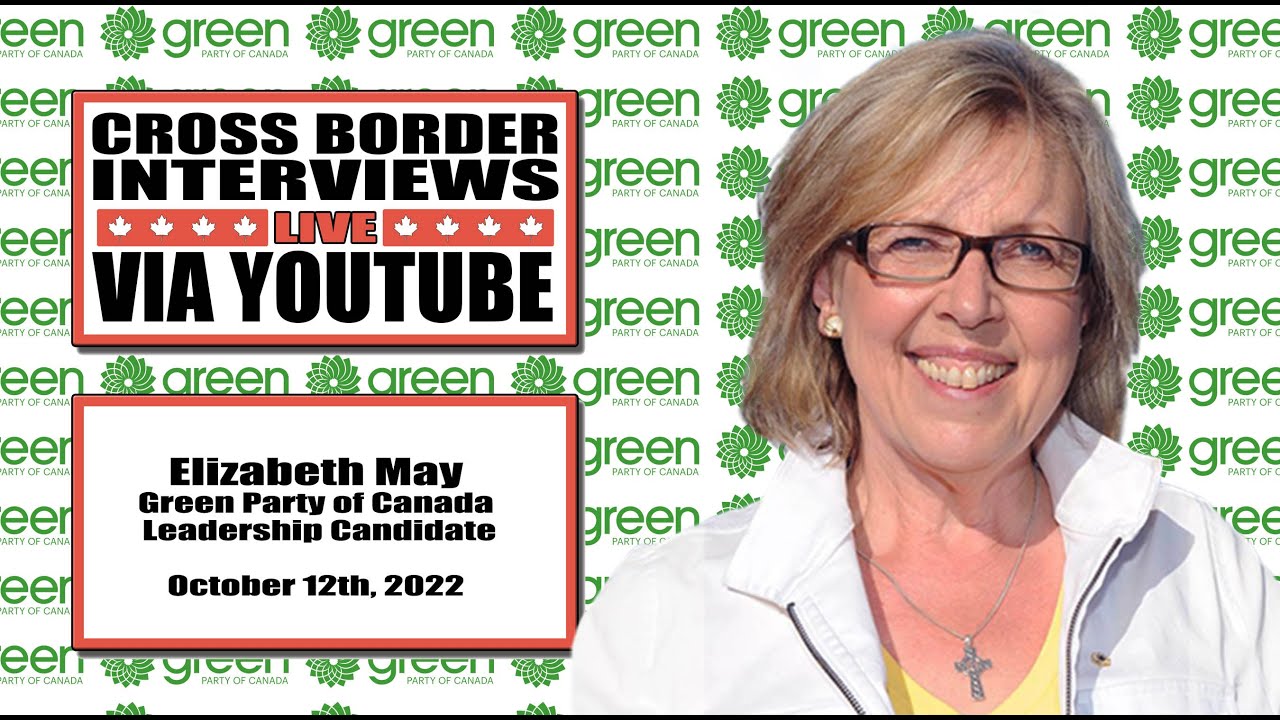 Elizabeth May’s life is defined by one word: service. Service to community, country and planet. One of Canada’s best-known parliamentarians, she is a life-long environmentalist. From 2006 to 2019, she led the Green Party of Canada through four federal elections, including the breakthrough 2011 election in which she became Canada’s first elected Green.

From her early years as an environmental activist, struggling financially while waiting tables at the family restaurant in Cape Breton, to her work, as a single mom, bringing the voices of underprivileged communities to the halls of power, she has been a trail blazer for generations of Canadian women and activists.

Elizabeth was the first Canadian environmentalist to identify how
environmental racism caused marginalized people to be exposed to
unacceptable threats to their health. Elizabeth used her legal training and resources to assist Indigenous peoples in Canada and around the world.

When legal and political avenues failed to yield results, Elizabeth put her body, safety and well-being on the line. In May 2001, she went on a seventeen-day hunger strike in front of Parliament Hill protesting toxic conditions for the only predominately Black community on Cape Breton Island, near the infamous Sydney Tar Ponds. That work led directly to C-226, her Private Members Bill (PMB) on Environmental Racism. Defying the odds in the uphill struggle of PMBs, C-226 follows two of her PMBs – now law – on Lyme Disease and banning keeping cetaceans in captivity. She stands on principle, resigning when her Environment Minister boss broke the law in 1988; resigning despite having had many successes in her role as Senior Policy Advisor – including the 1987 Montreal Protocol that saved the ozone layer. She was the only MP to intervene at the NEB against the pipeline, facing arrest in March 2018 protesting TMX.

Canada and the world are failing to live up to their responsibilities towards future generations. Elizabeth is dedicating herself once again to ensure her grandkids inherit a livable future.

Always deeply committed to the Green movement, she now asks members for their renewed trust to help give Canadians the credible, actionable alternative they deserve.