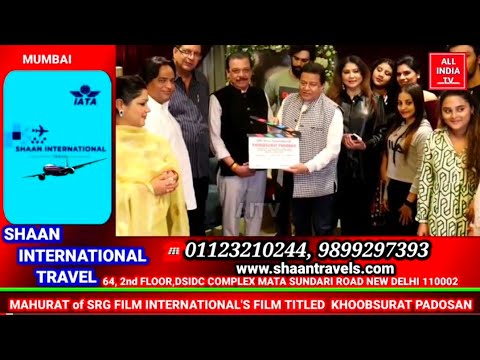 No one can quite parallel the talent that was Bappi Lahiri. There was a time when no other name matched the musical genius that was Lahiri. When melodies of the past are talked about, mention of the multifaceted Late Shri Bappi Lahiri is inevitable. His evergreen compositions are enjoyed by people from all generations, even today. He was a true gem and his contributions to the Indian film industry is unmatchable; he’ll always be cherished by one and all.

The primary focus of the production house is to treat Bappi Lahiri’s fans with his songs “His music is eternal. We want to keep his legacy alive which is why we have launched a production house. The content produced will be everything what my father loved. Now that my son is also entering the Indian Music Fraternity, our focus is to always remind his fans that he is still amongst us” *says Rema Lahiri Bansal*

*Govind Bansal says* “He was my father, my idol and a great musician. I consider myself lucky that I got to know personally. Even today it is hard to fathom that he is not with us. However, the show must go on. His fans meant everything to him, he used to call them his extended family. Our production house is a token of love from him to his fans. We will continue his legacy and entertain his fans with music and films”