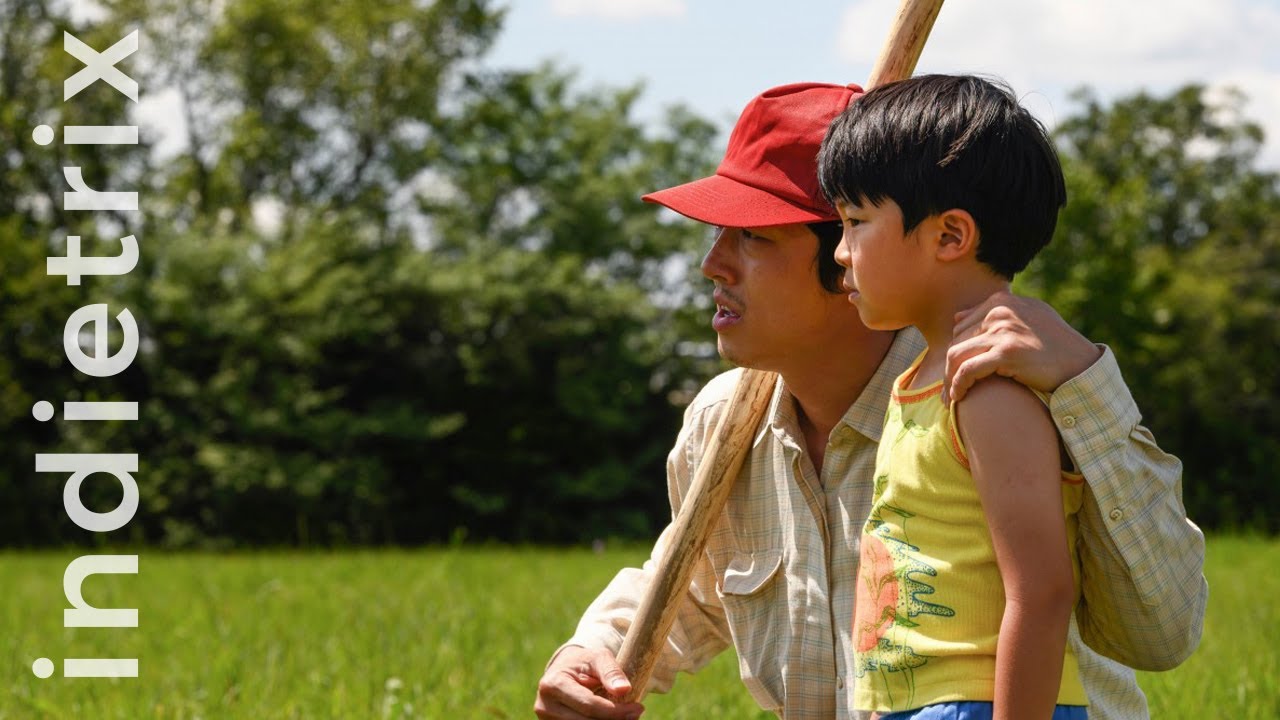 —–
indietrix film reviews is a movie review channel hosted by Will Webb with a wide view of cinema, taking in arthouse, indie and blockbuster movies with lots of analysis and discussion.

The Yi family has just moved to their new home, a static trailer on a large plot of land in Arkansas. Dad Jacob has dreams of starting a farm; Mum Monica is unconvinced. As they work a day job sexing chicks at a hatchery, their children- daughter Anne and son David- read encyclopedias. Monica’s mother Soon-Ja arrives to look after the kids, but as the farm falters, the family begins to strain under the pressure.

Minari draws extensively on the life story of writer-director Lee Isaac Chung, who like David spent his childhood on a farm in Arkansas. That means the film is full of rich details, like proud dad Jacob refusing the services of a water dowser, and the family’s eccentric and hyper-religious neighbour Paul. But there’s also a force of meaning behind the film, written by Chung when he was on the verge of retiring from filmmaking entirely: Jacob’s desperation to make something of his life and the farm comes across as a particularly personal story.

It’s a very small scope story in some ways; it’s largely focused on the rhythms of daily life for the Yi family, the labour of working on the farm and the hatchery. The drudgery of the work contrasts with the constant slow motion, lush views of greenery drenched in golden natural light, which combined with the contemplative Emile Mosseri score gives the film a dreamy feel. And isn’t Mosseri a genius? He made a huge splash with the tremendous, bombastic, brassy score for Last Black Man In San Francisco, but with Minari he has made something humble yet revelatory. Jacob might be working on a small scale family farm, but to him it’s Paradise.

Speaking of Paradise, religion recurs throughout Minari and plays an important role in understanding the film. Monica insists that the family go to church, is always asking David to pray at night, so that he might see Heaven; she sets much store by folk medicine cures. Jacob refers to the farm as Eden; Paul, who joins him in labouring on the farm, drags a cross up and down the road on Sundays as his own individual act of worship. The film can’t exactly be called pro-religion; the few church services we see are pretty lifeless, and there’s disagreements about the importance of religion within the household too, where Grandma and Jacob are more sceptical than Monica.
But there is a great importance placed on *faith*- the idea that you should put your hope for salvation in others and in the world around you.

In carrying a cross, praying to see Heaven, or trying to cultivate the Garden of Eden, each of the characters is seeking some kind of salvation. And for Jacob and Monica in particular, there’s always the question of whether they will lose their faith in each other; faith and love being interchangeable in that way. Jacob’s scepticism becomes more and more pronounced as the farm fails; he turns away from putting his faith in the world, puts too much pressure on his own shoulders, and that affects his relationship with his family too. You wonder how that reflects Chung’s feelings about his own work, considering the context in which he wrote this. In one particularly moving moment, Jacob has overworked himself on the farm to the point where he can’t raise his arms over his head; he has to ask Monica to wash his hair for him. He seems close to giving up, and so does Monica. It’s a tender scene, and also one that sets the stakes: for Jacob, losing the farm means losing his family; for Monica, keeping the farm means losing the family.