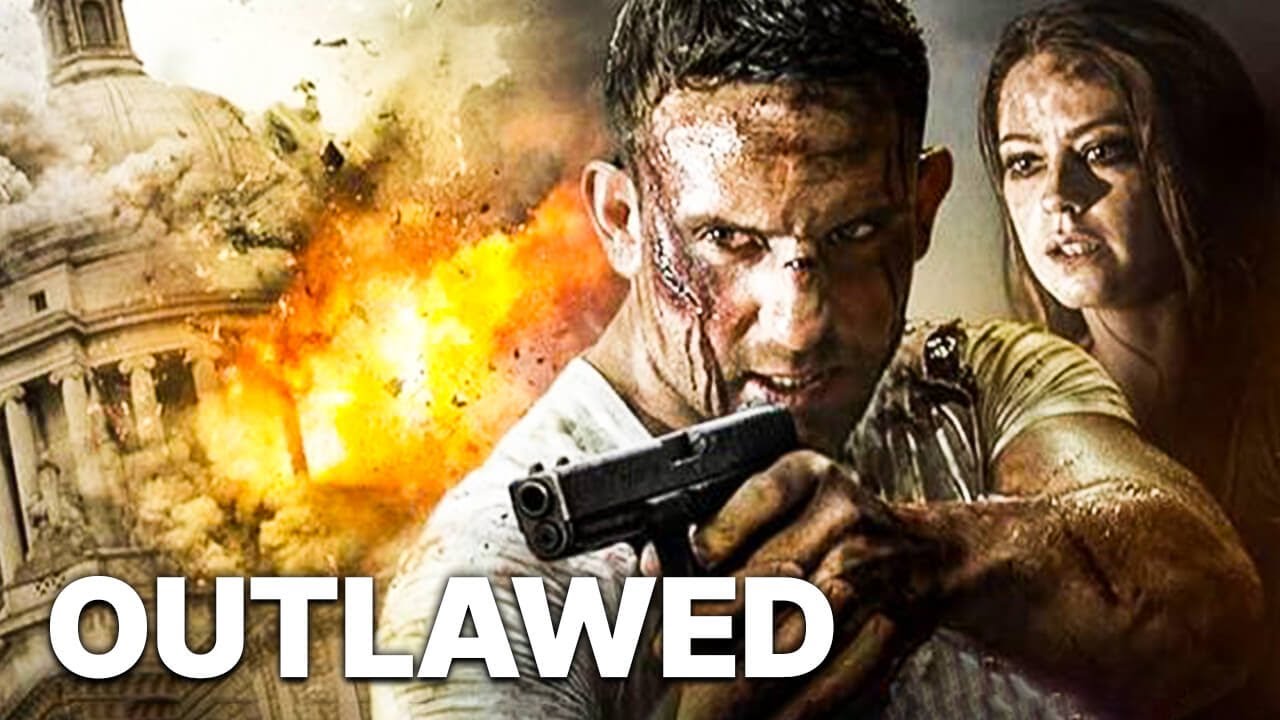 Outlawed – An action packed story of corruption and murder. Outnumbered, outgunned and against all odds, a Commando fights his way through a siege to save his girl.

Synopsis:
Royal Marines Commando Jake O’Neil (Adam Collins) struggles to adjust to civilian life. When a former girlfriend Jade Roberts (Jessica Norris) seeks out his help to uncover the truth behind her father’s mysterious death, Jake agrees, but finds himself tangled in a web of corruption and murder.

Reviews:
“There seem to be a lot of unfairly negative reviews about this independently made, low-budget British film. Watch this film and just consider the ambition on show.

Shot in a cinematic 2.35 : 1 ratio, this is a confident and impressive directing/producing/writing debut from the inexperienced team of Adam Collins (also lead actor) and Luke Radford (also editor). It can stand proudly alongside the work of much more experienced filmmakers like Ross Boyask and Paul Tanter. There’s great production values, not least in the use of a genuine historic city council building, and the film is (in my view) never dull.

It’s clearly a passion project and certainly a vanity project too. Some of the situations Collins puts himself in are almost certainly wish-fulfillment. Not just the former real life Royal Marines Commando’s accomplished action scenes, but the “sexy” scenes too.

A touchstone for the film is HARD TO KILL starring Steven Seagal. Strongly reminiscent scenes book-end the film and there are references throughout, but it’s a very different film. I personally loved these touches as much as any of the other aspects of the production.

If you’re a fan of action films you’ll have a lot of fun with this, but expect a slightly different ride to that indicated by the poster. There’s a lot of drama in here too. It’s not COMMANDO.

This is one of the films I’ve most enjoyed seeing recently and I’m excited to see it again and whatever Collins brings us next. Well done to all involved.”
– written by “filmnut1” on IMDb.com

COPYRIGHT: All of the films published by us are legally licensed. We have acquired the rights (at least for specific territories) from the rightholders by contract. If you have questions please send an email to: info[at]amogo.de, Amogo Networx – The AVOD Channel Network, www.amogo-networx.com.