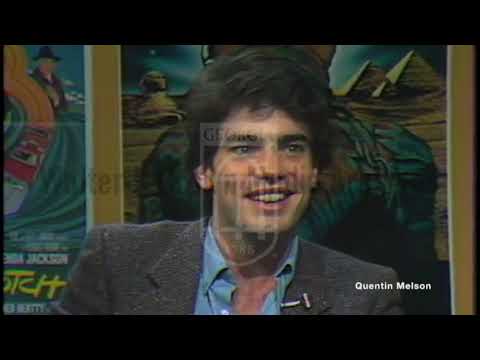 The film is loosely based on the life of rock promoter/producer Bob Marcucci who discovered, among others, Frankie Avalon and Fabian. Directed by Academy Award winning filmmaker Taylor Hackford and written by Edward di Lorenzo, The Idolmaker was the feature film debut of Peter Gallagher, Joe Pantoliano, and Paul Land. Bob Marcucci served as a technical advisor for the production.

Peter Killian Gallagher (born August 19, 1955)[1] is an American actor. Since 1980, he has played roles in numerous Hollywood films. He is best known for starring as Sandy Cohen in the television drama series The O.C. from 2003 to 2007, recurring roles such as Deputy Chief William Dodds on Law & Order: Special Victims Unit, Stacey Koons on the Showtime comedy-drama Californication, Nick on the Netflix series Grace & Frankie, and Chuck Cedars in Mr. Deeds. He also played CIA Director of Clandestine Services (DCS) Arthur Campbell on Covert Affairs.

Robert Phillip “Bob” Marcucci (February 28, 1930 – March 9, 2011) was an American lyricist, talent manager, film producer, and the owner of Chancellor Records and Robert P. Marcucci Productions.[1] He discovered and managed the careers of Fabian and Frankie Avalon, among others.[2] The 1980 movie, The Idolmaker, is loosely based on his life in the record industry.