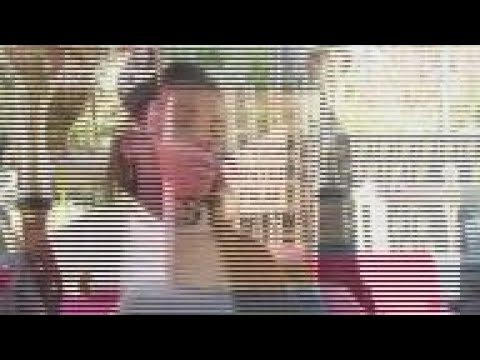 (22 Sep 2022)
RESTRICTION SUMMARY:
ASSOCIATED PRESS
Prisinta, Kosovo, 21 September 2022
1. Workers preparing festival sign
2. Wide shot banners including Ukrainian flag and photo of late Pristina Film Festival director Vjosa Berisha
3. Close of workers working
4. PriFest statues being set up
5. SOUNDBITE (English) Fatos Berisha, Director of Pristina Film Festival (PriFest):
“We must do something for them, because we in Kosovo, we’ve survived the war. We know how it is. And in you know, during our war, other people helped us from Europe. So we felt that we need to do something for them.”
6. PriFest statues being set up
7. SOUNDBITE (English) Anna Machukh, managing director of Odesa International Film Festival:
“People from Kosovo, they understand us, they understand Ukraine, they understand the situation in Ukraine, this Russia, this Russian war. And, you know, we really feel this support from people of Kosovo.”
8. Workers preparing festival set
9. SOUNDBITE (English) Anna Machukh, managing director of Odesa International Film Festival:
“We have like documentary, a documentary industry, which is working, still working because our filmmakers, they are shooting on the front lines, they are shooting as a part of the army. So we will have this documentary films. But as for fiction, I am afraid that in a few next years, we will not have new fiction films.”
STORYLINE:
ONSCREEN TEXT
Pristina Festival hosts Ukrainian filmmakers
As a gesture of support and solidarity, the Pristina International Film Festival is hosting the Odesa International Film Festival in Kosovo, this year, in a joint event called “Odesa Beyond Borders: Odesa PriFest,”
The two events have always shared the same time slot in July and have often shared international guests, who would go from one festival directly to the other.
PriFest is preparing to welcome several Ukranian filmmakers, to present their movies and to pitch new projects.
Acknowledging the support of PriFest, the managing director of Odesa International Film festival warned the future of the Ukrainian film industry is in doubt.
===========================================================
Clients are reminded:
(i) to check the terms of their licence agreements for use of content outside news programming and that further advice and assistance can be obtained from the AP Archive on: Tel +44 (0) 20 7482 7482 Email: info@aparchive.com
(ii) they should check with the applicable collecting society in their Territory regarding the clearance of any sound recording or performance included within the AP Television News service
(iii) they have editorial responsibility for the use of all and any content included within the AP Television News service and for libel, privacy, compliance and third party rights applicable to their Territory.

You can license this story through AP Archive: http://www.aparchive.com/metadata/youtube/402219a1efbf4e1aaff31b4fc987e5ae