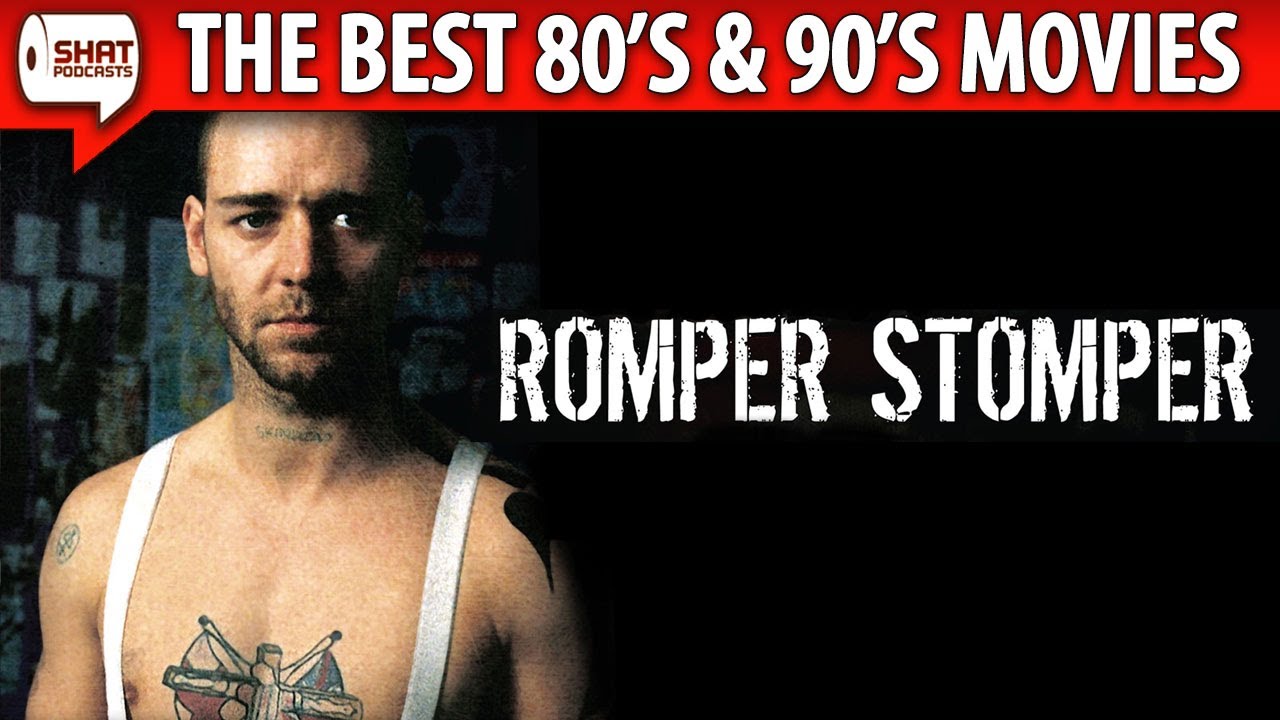 “Romper Stomper” Hando (Russell Crowe) and Davey (Daniel Pollock) are the leaders of a racist youth gang who spend their nights attacking Asian immigrants in a rough section of Melbourne. On the run after losing badly in a fight against the new Vietnamese owners of their local pub, the pair hook up with teenage junkie Gabe (Jacqueline McKenzie), who suggests robbing the mansion of her rich and sexually abusive father (Alex Scott). But the girl’s presence begins to drive a wedge between the longtime friends.

Gene’s comment that he didn’t “enjoy Australian cinema” triggered quite a few rebuttals in the form of Shat The Movies commissions. And neo-Nazi drama “Romper Stomper” just might be the one that changed his mind.

In this episode, the Shat Crew discusses odd editing choices, racist stereotypes, the history of Footscray and the tragic tale of Crowe’s co-star Daniel Pollock.”

Romper Stomper Quote: “We came to wreck everything, and ruin your life. God sent us.” – Sonny Jim