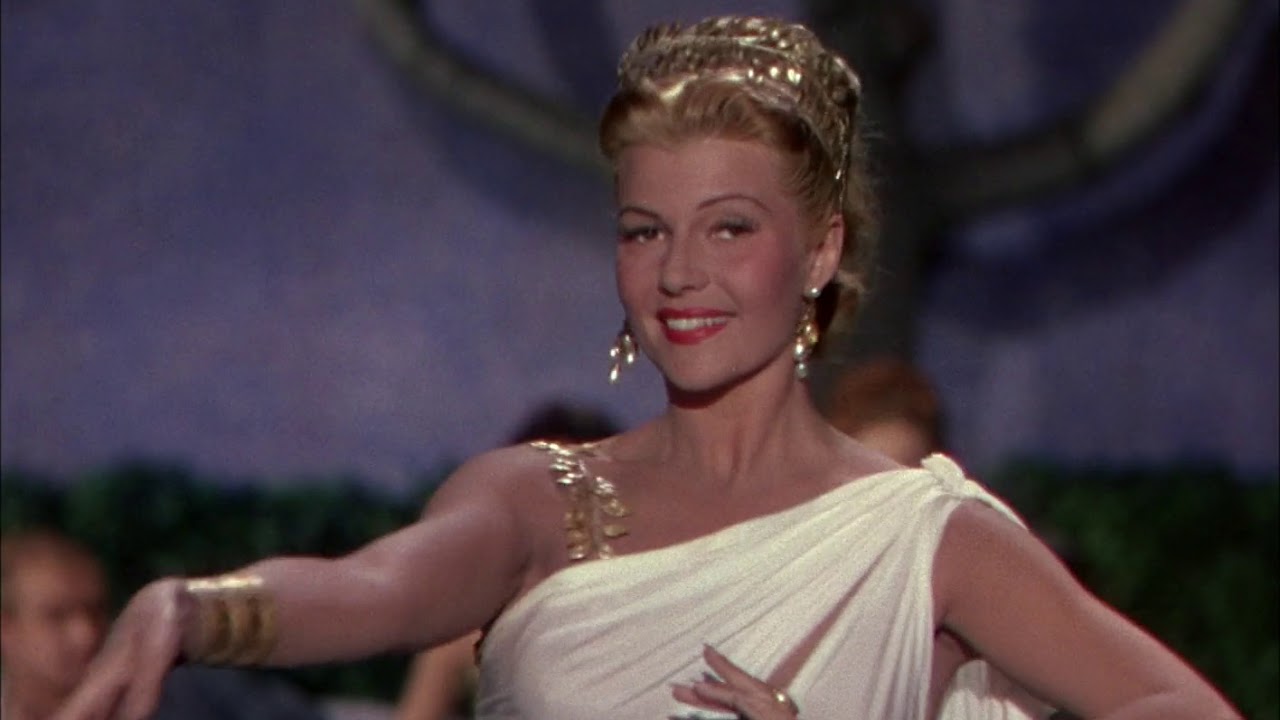 Salome is a 1953 Biblical film made in technicolor by Columbia Pictures. It was directed by William Dieterle and produced by Buddy Adler from a screenplay by Harry Kleiner and Jesse Lasky Jr. The music score was by George Duning, the dance music by Daniele Amfitheatrof and the cinematography by Charles Lang. Hayworth’s costumes by Jean Louis. Hayworth’s dances for this film were choreographed by Valerie Bettis. This film was the last produced by Hayworth’s production company, the Beckworth Corporation.