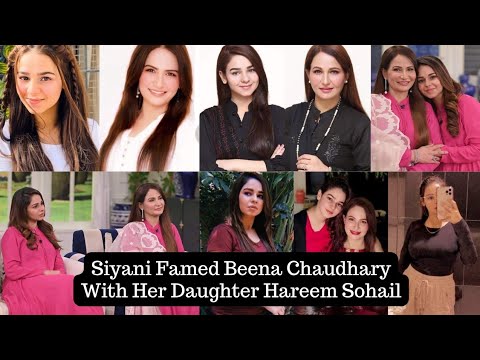 Beena Chaudhary is a popular
Pakistani television actress
who started her career 15 years ago
from Radio. Her first television serial
Chunri was for PTV.
Now a days, her drama Siyani for
Geo Television Network is getting
a lot of views and praise.
Beena Chaudhary’s character
Nusrat Aaraa is driving the drama
and she is the vital part of the show.
Public is loving her acting in the drama.