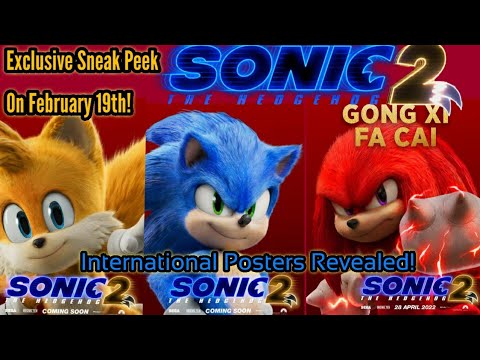 With the release of the new Sonic the Hedgehog 2 movie quickly approaching, those waiting for its theater debut now have several new posters to check out ahead of that release. These new posters which were spotted and shared online this week feature the main three protagonists from the movie and some of the most well-known characters from the Sonic fandom: Sonic the Hedgehog himself, his companion Tails, and lastly, Knuckles, the character who was revealed not long ago to be in the film and is played by Idris Elba.

Also an exclusive Sneak Peak of Sonic The Hedgehog 2 will be attending in a panel at IGN Fan Fest 2022.
You can also expect exclusive clips, special announcements, and interviews from the cast and crew.
The event is scheduled to kick off on February 19 at 2pm ET / 11am PT.