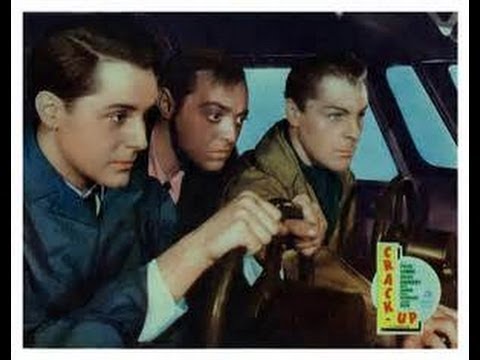 Crack-Up is a 1936 film starring Peter Lorre as Colonel Gimpy aka Baron Rudolf Maximilian Taggart. Colonel Gimpy is viewed as a dimwitted, trumpet playing mascot for an airport, but in reality he is the ruthless head of a spy organization that is trying to secure the blueprints for an airplane. source