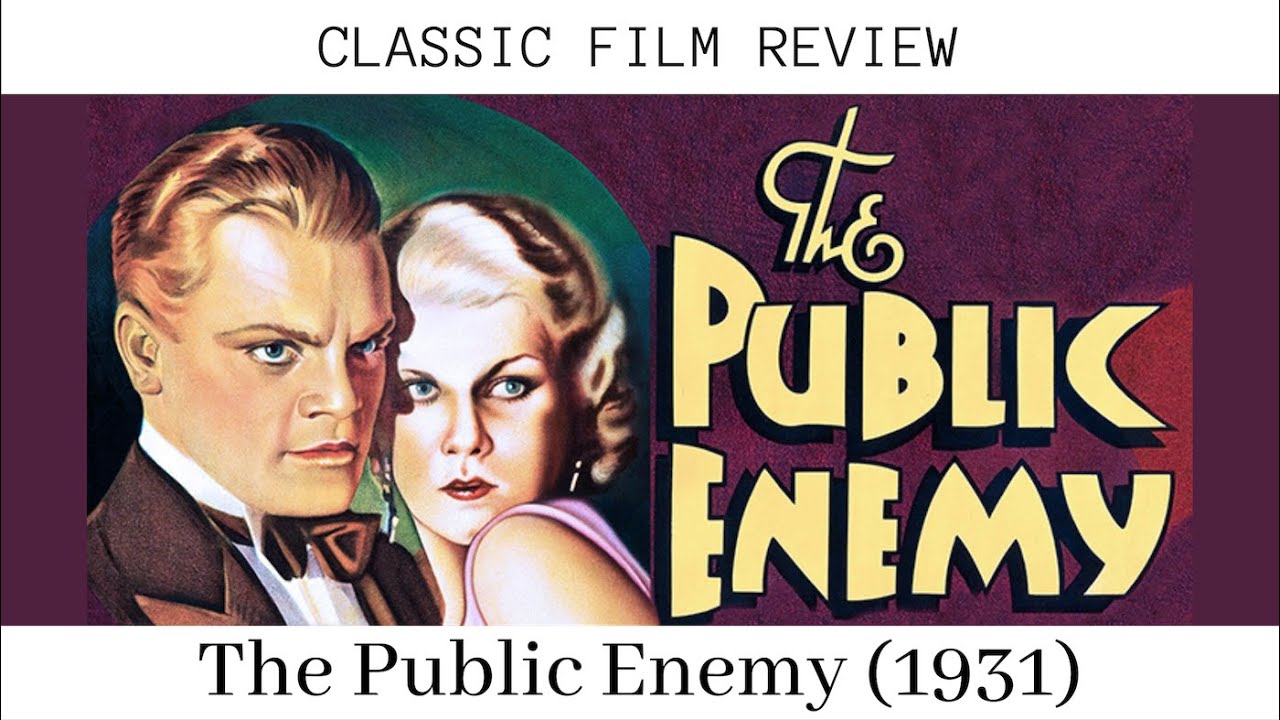 A classic film review of The Public Enemy (1931) one of the great Warner Brothers gangster movies from the 30’s, starring James Cagney and Jean Harlow.
.
Subscribe for more Classic Film Reviews:
https://www.youtube.com/channel/UChPx4-gwO5nuRSB48nda5sw
.
The Public Enemy is still one of the highlights of the gangster film genre even now, more than 90 years after its release in 1931. Along with films like the Roaring 20’s, Little Caeser and this star James Cagney would concretize so many of the themes and character types that would eventually pass into cliché…

So The Public Enemy a pre-code film (existing before the age of real cinema censorship) its features lean no nonsense directorial work from William Wellman and the near perfect casting of James Cagney as Tom Powers, the small time gangster whose rise – and ultimate demise- the film chronicles.

Produced by Warner Brothers, who were at the forefront of the gangster genre, The Public Enemy has you rooting for the quote unquote hero. Fortunately for himself and cinema as a whole cagney was originally cast as the lesser thug of Matt Doyle, ultimately swapping roles with Edward Woods to take on a title role, one which is still synonymous with the actors career.
go check it out…
.
Steven at Reel Classic Films Reviews discusses the film, and how it holds a pivitol place in gangster movie history.
.
Violent Playground Review:

Facebook: https://www.facebook.com/reelclassicfilmreviews/
.
.
#thepublicenemy #moviereview #jamescagney #review #film #cinema #gangstermovie #reelclassicfilmreviews #mustseemovie #crimethriller #jeanharlow #top10gangstermovies
.
.
.
Copyright Disclaimer Under Section 107 of the Copyright Act 1976, allowance is made for “fair use” for purposes such as criticism, comment, news reporting, teaching, scholarship, and research. Fair use is a use permitted by copyright statute that might otherwise be infringing. Non-profit, educational or personal use tips the balance in favor of fair use. No copyright infringement intended.