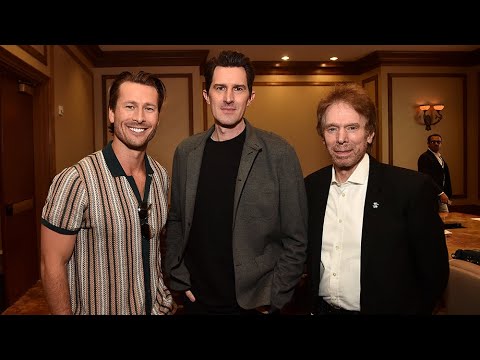 For a filmmaker behind the most enduring box office hit in a decade, Joseph Kosinski is exceptionally humble about “Top Gun: Maverick.”Paramount and Skydance’s action-packed blockbuster, featuring Tom Cruise’s return to the skies 36 years after the original film, has become an unexpected sensation, bringing audiences young and old back to the big screen at a time when theaters are in desperate need of a win. In the process, “Maverick” has racked up an eye-popping $1.4 billion globally to stand as the highest-grossing movie of the year. Nobody has been more surprised by its success than Kosinski.“I don’t know if I’ve wrapped my head around it. I’m amazed every day that it continues to play,” he says. The film, available on home entertainment on Aug. 23 at a premium price, has remained in the top five on domestic box office charts for 12 of its 13 weeks of release. Over the weekend, “Maverick” surpassed “Avengers: Infinity War” to become the sixth-highest-grossing domestic release of all time with $683.4 million, trailing only megahits such as “Black Panther,” “Avatar” and “Star Wars: Episode VII — The Force Awakens.”“To be in the company of those massive films is pretty mind-blowing,” says Kosinski. “It’s certainly not what we set out to do. We set out to tell a great story.”Given the undeniable commercial success, there’s been plenty of chatter about another sequel. Does Kosinski, whom Cruise handpicked to direct the 2022 follow-up, believe there could be an extended “Top Gun” cinematic universe — or does the franchise only work with Cruise in the cockpit?“Boy, I don’t know,” he admits. “I approached [the sequel] as Maverick’s rite of passage being the fundamental core of the film. Who knows how it’ll be interpreted in the future.”Jerry Bruckheimer, an original producer who returned for the sequel, is equally coy about getting Cruise and the gang together for another high-octane adventure. “You have to wait and see if you get the right story … and if Tom wants to play this character again,” Bruckheimer says. He is a little more forthcoming about his Oscar hopes for the sequel. Many awards season pundits have pointed to the film as a rare blockbuster that’s been embraced by critics as well as the public.“I hope the Academy sees the same thing that an audience sees: This is a thrilling movie. It’s well told, well acted, well directed, well written. It’s got Lady Gaga’s fantastic hit song,” Bruckheimer says. Beyond the movie itself, the $19.99 digital release of “Maverick” will offer a look at the film’s aerial sequences, as well as insight into Cruise’s passion for risky stunts. Says Kosinski: “For people who like to see the work that goes on behind the scenes, there’s 110 minutes of new content to dive into.”In honor of the film’s digital release, Variety spoke to Kosinski, Bruckheimer and Glen Powell, who plays the cocky pilot Hangman. Glen PowellGlen Powell plays Hangman in “Top Gun: Maverick.

All data is taken from the source: http://variety.com
Article Link: https://variety.com/2022/film/features/top-gun-maverick-box-office-oscars-sequel-1235347975/